(SANA) ~ A source at the Russian Foreign Ministry said that Jan Egeland, the Senior Special Advisor to the UN Special Envoy to Syria Staffan de Mistura, is distorting facts by saying that implementing of the UN humanitarian plan in Aleppo depends on Moscow and Damascus.

In the same context, a Russian diplomatic source announced that Moscow supports the UN plan about the humanitarian situation in Syria, but it wants to get clarifications on a number of issues related to this plan and guarantees of its implementation.

“Russia supports the UN’s humanitarian efforts to render assistance to the population in eastern Aleppo and is ready for further cooperation,” the source told Sputnik news agency, adding that Moscow had introduced humanitarian pauses in Aleppo several times and had developed jointly with the UN a plan to evacuate sick and wounded people from the eastern neighborhoods of the city, adding that this matter had been ready to be implemented.

“We want to receive explanations from the UN on a number of issues, including statements on the eastern Aleppo local council’s consent to the humanitarian plan, the names of field commanders who guarantee security on certain sections of the humanitarian convoy’s routes, as well as a clear indication as to who will distribute humanitarian aid when it is delivered,” the source said, adding that without this, any request to Moscow and Damascus in relation to this matter is absurd. 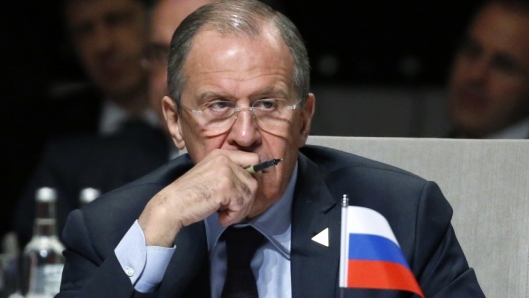 (SANA) ~ Russian Foreign Minister Sergey Lavrov affirmed on Tuesday that the United Nations, in the person of its Special Envoy Staffan de Mistura, has undermined for over six months the UN Security Council resolution that ordered holding inclusive intra-Syrian talks without preliminary conditions.

In a press conference with his Belarusian counterpart Vladimir Makei in Minsek, Lavrov said that there is no way out of this thing except if the national opposition and the Syrian government take the initiative to organize this dialogue, adding that “we support the holding of such meeting in Damascus. I think the Syrian government will agree to that event too.”

He noted that the collected samples left “no doubt” that the toxic substances were used by militants from eastern Aleppo, adding that the Organization for the Prohibition of Chemical Weapons (OPCW) experts were requested to visit Aleppo to verify the information.

“Unfortunately, the organization’s leadership refused to do it citing security concerns, apparently under pressure from our Western colleagues,” Lavrov stressed.

He pointed out that Russia is now working on the possibility to independently deliver collected samples to the Hague, the headquarter of OPCW.