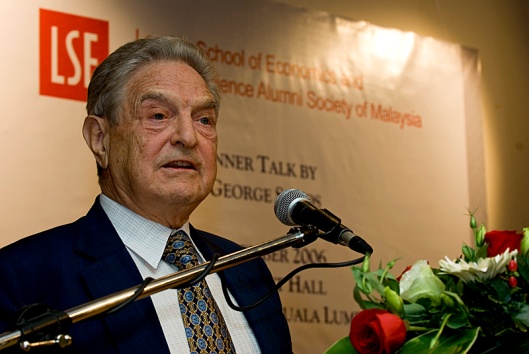 Billionaire globalist George Soros has penned a panicked rant in which he decries President-elect Donald Trump as a “would be dictator” who threatens the future of the new world order.

In an article for Project Syndicate, Soros begins by mentioning how he lived under both Nazi and then Soviet rule in Hungary before asserting that “various forms of closed societies – from fascist dictatorships to mafia states – are on the rise”.

This claim is confounded by the facts, which show that, “The share of the world population living in democracies (has) increased continuously.”

Soros writes that in voting for Trump, Americans “elected a con artist and would-be dictator as its president,” and that his defeat of Hillary Clinton means America will be “unable to protect and promote democracy in the rest of the world” (because that policy worked so well in Iraq, Afghanistan, Syria and Libya).

Soros also slams Trump’s new cabinet as containing nothing other than “incompetent extremists” and “retired generals.”

Explaining how he supports the European Union because it is a successful attempt at “social engineering,” Soros laments the fact that the body has become “increasingly dysfunctional” and its disintegration has been accelerated, “first from Brexit, then from the election of Trump in the US, and on December 4 from Italian voters’ rejection, by a wide margin, of constitutional reforms.”

“At first, he tried to control social media. Then, in a brilliant move, he exploited social media companies’ business model to spread misinformation and fake news, disorienting electorates and destabilizing democracies. That is how he helped Trump get elected,” writes Soros.

Soros says Putin “felt threatened by ‘color revolutions’ in Georgia, Ukraine, and elsewhere,” without mentioning that Soros himself played a key role in bankrolling these contrived uprisings, as well as the color revolution being fomented against Trump.

The irony of an ultra-rich elitist who has bankrolled the overthrow of innumerable governments insisting he cares about “democracy” and the will of the people is particularly rich.

The whole tone of the piece is clearly fraught with concern that the populist movement sweeping the west poses a direct threat to the plutocratic new world order that Soros has spent his entire life helping to build.

He concludes by warning that “the EU is on the verge of breakdown” due to stagnant economic growth and the out of control refugee crisis (that Soros himself again helped create in the first place as a way to obtain political power). 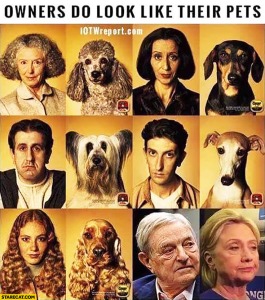