As the Syrian crisis approaches its 6th anniversary, we take a look at some of the Syrian government’s social, political and economic policies. This will not only give an insight into what life has been like in Syria, but it also provides an indication of what values and principles are important to the Syrian government.

Generally speaking, President Bashar al-Assad, and his late father, Hafez al-Assad operated a secular state, allowing all religions to be practised across Syria. The government itself is made up of a range of different religions, although Islam is the state religion.

Access to education has been a championed value in Syria for several decades, with free education being provided by the government, even at universities (although there are some private alternatives available.)

Despite the raging conflict, most schools and academic institutions continue to function in government-held areas. However, the war has displaced millions internally, and in the vast majority of cases, they have moved from areas held by Daesh or other militant groups, to areas under the sanctuary of the Syrian Arab Army (SAA) and its allied forces.

This has put a strain on facilities, including schools and universities, and many of them are now operating well-above their standard capacity. For example, more than 200,000 students currently study at Damascus University, as it has accepted displaced students from across Syria.

Damascus University, which was founded in 1923, is Syria’s largest and oldest university, and until now, it offers a variety of courses, ranging from Medicine to Engineering.

The war and economic sanctions on Syria’s economy have resulted in a sharp decrease in national GDP, whilst also triggering high levels of price inflation. This has dragged many Syrians into poverty, making basic goods unaffordable. To reduce the financial strain on many Syrians, some schools no longer require students to wear uniforms, as this would be an unnecessary additional cost.

In mid-2010, Syria became the first Muslim country ban the burka and niqab. Specifically, they were banned at public and private universities. The ban was implemented to counter oppression against women, and combat radical Islam. The Daily Mail interviewed a 32-year-old Syrian engineer, named Ahmed, who said: “Hijabs and niqabs have been a symbol of oppression and religious extremism over the past hundreds of years. They have been a tool used by fundamentalist men to repress women.”

The Syrian government, especially when it was led by Hafez al-Assad, decided to preserve Syria’s natural resources for future generations, as opposed to exploiting it for financial gain. This policy may no longer be followed in a post-war context, as Syria looks to rebuild itself, and bolster the economy.

In terms of immigration policy, Syria allowed millions of Palestinians and Iraqis to settle in the country over the past few decades. Very few Syrians permanently left the country, and in most cases, they would travel to Europe for educational purposes, typically funded by the government.

Defending and liberating Palestine is a core Baathist policy, and Syria went to war with Israel on several occasions, eventually leading to the Israeli occupation of the Golan Heights, located in Southern Syria.

However, Syria adopted a pragmatic approach, militarily intervening in Lebanon against the Palestinian Liberation Organization (PLO) in the early 1980s, because PLO forces were massacring Lebanese Maronite Christians. Once again, this further reinforces their commitment to secularism.

Access to healthcare was another core value and policy. According to an article published in the Independent, Syria’s pre-war healthcare system was “the envy of the Middle East,” and the country had a life-expectancy of 75, similar to the UK. 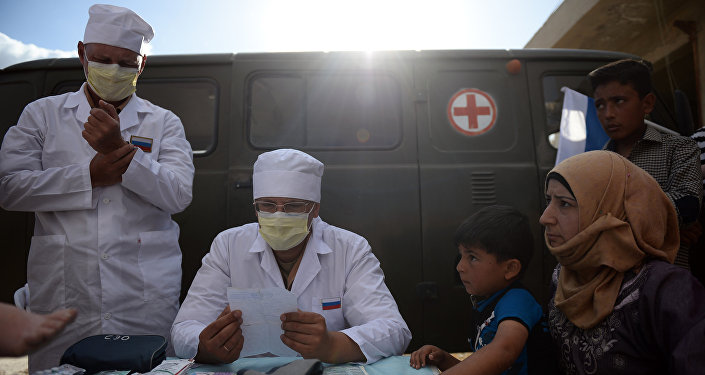 Syria’s pharmaceutical industry was drastically improved and developed over the past few decades, with the successful implementation of Good Manufacturing Practise (GMP), allowing Syria to export its pharmaceuticals to more than 50 countries, while also meeting around 90% of domestic demand for medicaments.

When you look at some the Syrian government’s policies, it is easy to see why President Assad still enjoys support from millions of Syrians.

It is impossible to tell exactly how things will develop once the conflict reaches its conclusion, but we can expect secularism, and access to education and healthcare to continue being the cornerstones of the current government’s policies.