Syria affirmed that the Israeli aggression that took place on Friday, which is a violation of international law, the UN Charter, and the sovereignty and the sanctity of Syrian territory, was not the first of its kind but is a part of a long series of attacks carried out by Israel to support its agents in the terrorist war on Syria.

In two letters sent by the Foreign and Expatriates Ministry to the UN Secretary General and the President of Security Council, the Ministry said that in flagrant defiance of the international legitimacy and UN resolutions and the sovereignty and the inviolability of the Syrian territory, four Israeli warplanes violated the Syrian airspace in al-Breij area through the Lebanese territories at 2:40 am and targeted a military site in the eastern countryside of Homs province.

“As part of its right to defend the sanctity of its territory, the Syrian air defense responded to this aggression and shot down one of the planes while the rest of them were forced to flee,” the Ministry added.

The Ministry went on to say that the Syrian Arab Republic confirms that all Israeli security, military, and political resources have been harnessed directly and indirectly in order to enable terrorists to weaken Syria and to prolong the terrorist war as much as possible.

“The Israeli aggression this morning comes as a new Israeli attempt to boost the collapsed morale of terrorist groups after they were defeated recently by the Syrian Arab Army and its allies in many areas,” the Ministry said in the letters.

The Ministry added that Syria confirms that all the pretexts and allegations made by Israel to justify the launching of such attacks are cheap diversionary attempts that have been used every time Israel fails to justify the continuation of its illegal occupation of the Syrian Golan, the Palestinian territory, and the rest of the occupied territories in southern Lebanon.

“Syria calls on the UN Secretary General and the President of the UNSC to condemn this blatant Israeli aggression, to force Israel to stop supporting terrorism in Syria, to implement all UNSC resolutions on counter-terrorism, including resolution No. 2253, to withdraw from the whole occupied Syrian Golan to the line of June 4th, 1967, and to implement resolution No. 497 for 1981″.

The Ministry concluded its letters by affirming that the Israeli aggressions on Syria not only threaten peace and security in the region, but also threaten security and stability in all parts of the world.

“The next time the Syrians use their air defense systems against our planes we will destroy them without the slightest hesitation. Israel’s security is above everything else; there will be no compromise,” Lieberman said on Israeli public radio on Sunday.

His remarks come after Israeli warplanes had attacked several targets in Syria overnight on Thursday.

On Friday, Israeli Intelligence and Atomic Energy Minister Yisrael Katz confirmed the attacks saying that it targeted a convoy which was supposedly carrying weapons to the Shiite Hezbollah movement.

“The Israeli Air Force carried out airstrikes on a convoy in Syria, carrying a batch of weapons for Hezbollah,” Katz said in a statement, distributed by his press service.

The Syrian Army command said in a statement it had downed one of the Israeli Air Force jets that violated its airspace, while the Israel Defense Forces (IDF) denied these claims to Sputnik.

The IDF, in turn, said on Friday that it used the advanced Arrow missile defense system to shoot down a Syrian anti-aircraft missile that was fired at an Israeli jet. 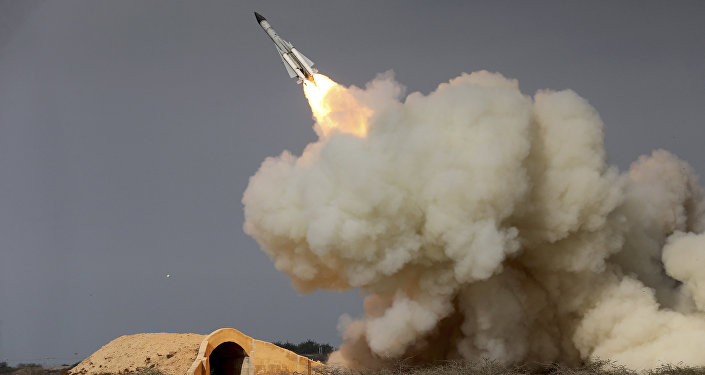 “Our main problem is with the transfer of advanced weapons from Syria to Lebanon. That is why every time we identify an attempt to smuggle game-changing weapons, we will act to thwart it. There will be no compromise on this issue,” he added.

“If the IDF does choose to act, there is a solid reason for it,” he stated.

On Friday, just one day after the Israeli Ambassador to Russia Gary Koren presented his credentials to President Putin, he was summoned for clarifications over the strikes.

Also on Friday, Israeli Prime Minister Benjamin Netanyahu acknowledged Israeli air strikes in Syria, making a “rare statement on the matter,” according to Israeli media. He defended Israel’s right to protect itself from the transfer of advanced weapons to Hezbollah, which Israel classifies as a terrorist organization,

“Israel does not usually confirm or deny individual raids, but it may have been led to do so this time by the circumstances of the incident,” Israeli international news TV channel i24 News reported on the issue.

(click on map to enlarge ~ here for the original link)