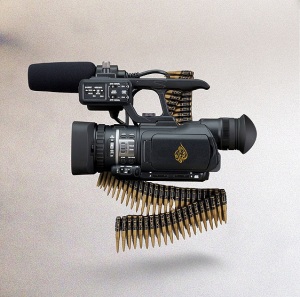 The Hmeimim-based Russian Coordination Center announced that over the past week, specialist cameramen working for Al Jazeera Channel carried out staged filming of alleged shelling and air raids against civilians in Idleb Countryside by the Syrian Arab army using poisonous substances.

The Center was quoted by Sputnik Agency as saying in a statement:

“According to information from a number of sources among local residents and opposition formations … special ‘video brigades’ carried out staged filming in the past week of alleged consequences of shelling and airstrikes, including with the use of poisonous substances”.

The center added that some of the “consultants” of the brigades were “recognized by the locals as cameramen shooting news in the region for the Al Jazeera channel”, the center added.

On Thursday, a diplomatic source told Sputnik that the latest footage of a chemical weapons attack against civilians in Idleb had been filmed recently and appeared to be ordered from a European country. 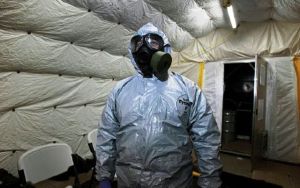