(SANA) ~ The Syrian Army General Command announced on Sunday that the air force of the so-called “international coalition” targeted one of the army’s warplanes in al-Rasafah region in Raqqa southern countryside while it was carrying out a combatant mission against ISIS (ISIL, Daesh, IS) terrorist organization, causing it to down and missing its pilot.

The General command said in a statement that the flagrant aggression undoubtedly affirms the US real stance in support of terrorism which aims to affect the capability of the Syrian Arab army- the only active force- along with its allies that practice its legitimate right in combating terrorism all over Syria.

“The attack stresses coordination between the U.S. and ISIS, and it reveals the evil intentions of the U.S. in administrating terrorism and investing it to pass the US-Zionist project in the region”, the statement added. 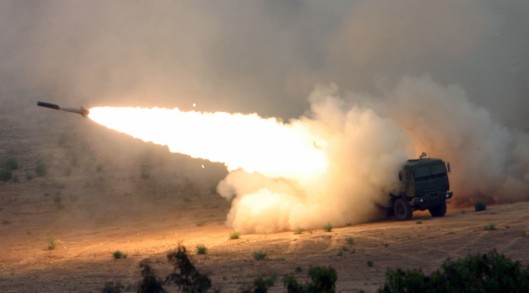 It affirmed that such aggressions would not affect the Syrian Arab army in its determination to continue the fight against ISIS and Jabhat al-Nusra terrorist organizations and to restore security and stability to all Syrian territories.

(RT News) ~ The US-led coalition has downed a government warplane in southern Syria, the Syrian army and coalition have announced in separate statements. The Syrian military added that the plane’s pilot is now missing.

According to the Syrian statement, the plane was carrying out operations against Islamic State (IS, formerly ISIS/ISIL) in the countryside around Raqqa when it was targeted, leading to a crash and the loss of the pilot, who is currently missing.

“This attack comes at a time when the Syrian Arab army and its allies are advancing in the fight against ISIS terrorists who are being defeated in the Syrian desert in more ways than one,” the statement read.

The statement added that although such attacks seek to undermine the Syrian armed forces’ struggle against terrorism, they will not be deterred in fighting for stability and security in the Syrian Arab Republic.

The downing of the Syrian warplane, an Su-22, was confirmed by an official press statement from Operation Inherent Resolve, the US-led international task force against IS, which accused the Syrian government of targeting fighters from the Syrian Democratic Forces, a Kurdish-led militia.

“At 6:43pm, a Syrian regime SU-22 dropped bombs near SDF fighters south of Tabqah and, in accordance with rules of engagement and collective self-defense of Coalition partnered forces, was immediately shot down by a US F/A-18E Super Hornet,” the statement read.

The statement added that its mission is to defeat ISIS in Iraq and Syria and that the Coalition does not seek to “fight Syrian regime, Russian, or pro-regime forces partnered with them, but will not hesitate to defend Coalition or partner forces from any threat.”

This is not the first time that the US-led intervention in Syria has led to standoffs and violence against pro-government forces. In September 2016, a coalition airstrike on Deir ez-Zor killed over 60 Syrian soldiers while in April 2017, US President Donald Trump ordered a Tomahawk missile strike on the Shayrat airbase, ostensibly in retaliation for the use of chemical weapons by the Syria government, though no concrete evidence of this has emerged.

Earlier in June, the US deployed several High Mobility Artillery Rocket Systems (HIMARS) in southern Syria, close to the border with Jordan. Russian Foreign Minister Sergey Lavrov said the presence of the rocket launchers cannot be justified by a need to fight Islamic State terrorists, as IS forces are not active in the area. Instead, their presence threatens the cooperation between the Syrian government and their partners in Iraq.

‘US trying to draw red lines for Syria’

Syria-based journalist Alaa Ebrahim told RT he believes that, by downing the Syrian jet, Washington is aiming to redraw “red lines” in the Syrian conflict and show that it won’t tolerate the involvement of the Syrian government’s armed forces in the liberation of Raqqa.

“The US is trying to draw boundaries in the Syrian conflict and red lines for the Syrian army not to cross them,” he added.

The journalist believes that the Syrian Army might go to great lengths to challenge the US strategy in Raqqa, as there are considerable concerns as to the outcome of the battle should the city eventually fall into the hands of the US-backed Kurdish-led SDF forces.

Ebrahim speculated that when IS is pushed out of Raqqa, the terrorists will be allowed “a safe way out and those fighters will have only one choice, to go to Deir ez-Zor and to try to take the city from the hands [of the Syrian Army].”

Such a relocation would put an additional strain on the Syrian armed forces trying to break the siege of the city that has been ongoing for over two years, he said, adding that Sunday’s downing of the plane is “part of the ongoing escalation” that has been on the rise in Syria for the past several months “since the US carried its first airstrike against pro-government forces.”

(RT News) ~ Moscow views the US-led coalition’s attack on the Syrian government military jet as an act of aggression and assistance for the terrorists that the US is fighting against, according to Russian Deputy Foreign Minister Sergey Ryabkov.

“What is it then, if not an act of aggression, an act directly in breach of international law,” Ryabkov told journalists in Moscow.

“If you want, it’s actually help for the terrorists the US is fighting, declaring that they are conducting a counterterrorism policy,” the official added.

Ryabkov added that he believed the strike “should be first of all regarded as the continuation of the US agenda of neglecting the norms of international law. Regardless of who has power in Washington, people there are used to the fact that there are circumstances allowing them to arrogantly look down on – and in some situations, to openly ignore – the basics of international relations.”

A Syrian SU-22 warplane was shot down by a US F/A-18E Super Hornet on Sunday while it was on a mission in the countryside around Raqqa.

Damascus stated that the plane was carrying out operations against Islamic State (IS, formerly ISIS/ISIL) terrorists when it was downed.

Washington says that the Syrian warplane “dropped bombs near SDF fighters south of Tabqah” and was shot down in accordance with “rules of engagement” of Coalition partnered forces.

Earlier, Russia’s Foreign Minister Sergey Lavrov urged US forces in Syria and those of any other country to refrain from unilateral, uncoordinated action.

“We call on the US and all others who have their forces or advisers on the ground in Syria to ensure the coordination of our work,” he said.

De-escalation zones are one of the possible options to move forward jointly, he said.

“We call on everyone to avoid unilateral moves, respect Syrian sovereignty and join our common work, which is agreed with the Syrian government,” Lavrov said.

He also called on everyone on the ground to “respect Syria’s sovereignty and territorial integrity.”

In June, the US deployed HIMARS long-range rocket launchers from Jordan to its base in At Tanf in southern Syria. The move may be intended to cut off Syrian government troops from allies in Iraq, since there are no Islamic State militants in the region to target with the weapons, Lavrov said following the deployment.

In April, US President Donald Trump ordered a Tomahawk missile strike on Syria’s Shayrat Airbase, claiming this was in response to alleged chemical weapons use by President Bashar Assad’s forces, before anyone had the chance to verify this via an investigation.