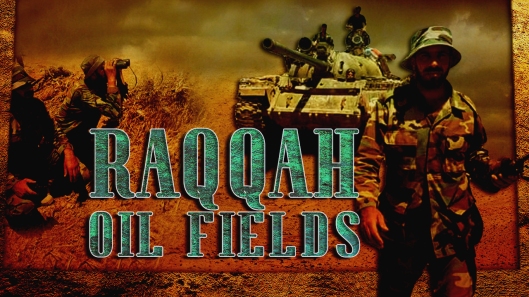 (FNA 21/7/2017) ~ A Syrian official at the country’s oil industry announced that the Syrian Army troops have liberated over 40 oil wells in their anti-ISIL operations in Raqqa province in the last 30 days.

Ali Ibrahim said that the army men have since early June freed over 40 fixed oil pumps that had been destroyed by the ISIL before started retreat in Raqqa province.

He further added that after defusing landmines planted by the ISIL and reconstruction of the damaged oil pumps, most of the oil wells will start working normally and oil extraction will start soon.

The army men, deployed in Western Raqqa, launched a fresh round of operation a couple of das ago to move towards the last stronghold of ISIL in Eastern Homs that resulted in the liberation of 40 oil wells.

The army troops’ recent advances towards al-Sukhnah region have narrowed down the terrorist group’s oil exports.

According to a source, as the Syrian army’s Tiger Forces alongside other pro-government fighters started anti-terrorism operation to take back the strategic town of al-Sukhnah in Eastern Homs, the army soldiers managed to liberate half a dozen oil fields from ISIL militants which resulted in another major loss for the Takfiri terrorist group.

The sources announced that the pro-government forces have imposed full control over several oil and gas fields in Homs in the recent months, adding that the army is resolved to continue the advance to capture more oilfields in the near future.

Turkey’s leadership, including President Erdogan and his family, was involved in illegal oil trade with ISIL militants, the Russian Defense Ministry said, adding that Turkey was the final destination for oil smuggled from Syria and Iraq.

Satellite and drone images had showed hundreds of oil trucks moving from the ISIL-held territories in Syria to Turkey to reach their destination at Turkish refineries and ports controlled by Turkish president’s family.

Relevant reports said on Thursday that the army engaged in clashes with the terrorists in Southern Raqqa, and retook control of the town and dam of al-Ramilan as well as 15 oil and gas fields in the Eastern parts of Dabisan and the two 1 and 2 pumping stations.

Meantime, the Syrian fighter jets pounded the ISIL positions in the Southern parts of the village of al-Zamleh near al-Ma’adan city in Southern Raqqa.

Also, a military source reported that a large number of terrorists were killed and 7 of their bomb-laden cars, 5 military vehicles and several of their bases were smashed in the operations.