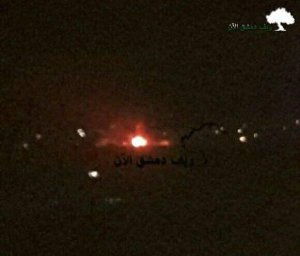 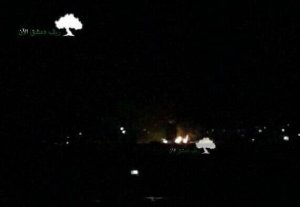 Two Israeli rockets launched across the Syrian border struck near the Damascus airport at night, Al-Masdarnews reported. The Syrian Arab Army was said to have shot down an Israeli drone in response.

The attack caused a loud explosion but did not inflict much damage or result in any casualties, the media outlet said. The Syrian Air defense downed an Israeli UAV along the Damascus-Quneitra provincial border.

The Israeli military has not confirmed the attack.

Israelis hit Damascus airport once again. Tel Aviv is desperate about ISIS fail. Its going to be a war Israel-Syria spiraling out of control.

In February, Israel struck the Syrian Army positions stationed in the western countryside of Damascus near the Lebanese border.

A month before, Israel bombed a military airport near Damacus. A Syrian official told Sputnik that it was done “to encourage and support terrorists”. Damascus vowed repercussions.

In early February, an Israeli helicopter reportedly fired at Syrian government forces’ positions in the province of Quneitra in southern Syria, after a shell landed in the Golan Heights.

The Golan Heights, internationally recognized as Syrian territory, was seized by Israel during the Six-Day War in 1967.

In 1981, the Israeli parliament voted to annex two-thirds of the region.

The United Nations has repeatedly stated that Israel’s occupation of the Golan Heights is illegal, calling for it to be returned to Syria.

1 thought on “The Zionist regime hit Damascus Airport area with rockets, SAA down an Israeli drone”