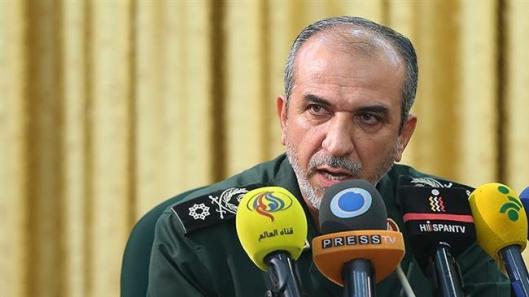 A commander of Iran’s Islamic Revolution Guards Corps (IRGC) says the United States has airdropped weapons and food supplies to Daesh in Iraq and Syria as the Takfiri terrorist group was facing defeat.

The second-in-command of the IRGC’s Ground Force, Brigadier General Abdullah Araqi, said on Wednesday that the US had provided logistic support to Daesh in the Syrian province of Dayr al-Zawr and the Iraqi provinces of Diyala, Nineveh and Salahuddin.

“The Americans have been in Syria and Iraq under the pretext of opposing and fighting Daesh, but the reality contravenes the US claim,” the Iranian commander said.

He added that the US, as the patron of Daesh, never hesitated to rush to help the terrorists in Iraq and Syria whenever they faced challenges.

“The Americans do whatever they have in their power to support Daesh, because they know very well that the Islamic Republic of Iran and the resistance front are the enemies of Daesh,” he concluded.

On Sunday, Sayyed Hassan Nasrallah, the secretary general of the Lebanese Hezbollah resistance movement, lashed out at the US for providing Daesh with assistance through its bases in Syria.

The Hezbollah leader said the US was helping Daesh through its bases in the Syrian city of Raqqah and near Syria’s border with Jordan where Daesh terrorists are trained.

Nasrallah noted that the United States prevented the total annihilation of Daesh by blocking the advance of the Syrian army and resistance groups toward the terrorist group’s positions.

“It is only the United States, which does not let Daesh be totally annihilated,” Nasrallah said in his speech, adding, “US Air Force does not allow the Syrian army and resistance groups to advance toward positions occupied by Daesh.”

Hezbollah chief says US helps Daesh, does not allow it to be eliminated

The secretary general of the Lebanese Hezbollah says the United States does not want Daesh Takfiri group to be destroyed and is providing Takfiri terrorists with assistance through its bases in Syria.

Sayyed Hassan Nasrallah made the remarks while delivering a speech at a ceremony held in al-Ain town in North Bekaa region to commemorate two martyred members of the resistance movement.

The ceremony was held after Hezbollah commander, Ali al-Hadi al-Asheq, and Hezbollah fighter, Mohammad Nasserdine, were killed, along with five other fighters, while fighting the Takfiri terrorists in Syria last week.

“It is only the United States, which does not let Daesh be totally annihilated,” Nasrallah said in his speech.

The Hezbollah leader added that the US was helping Daesh through its base in Syrian city of Raqqah and also through a base it runs near Syria’s border with Jordan where Daesh terrorists are trained.

“US Air Force does not allow the Syrian army and resistance groups to advance toward positions occupied by Daesh,” he added.

Stressing the need to continue the ongoing fight against Daesh despite efforts made by the US, Nasrallah said, “If we do not continue the war against Daesh, the Takfiri group will hit again and resume its campaign of massacre and terror.”

Nasrallah emphasized that Daesh would return to all areas it had lost if the fight against the group stopped, because Daesh was like a malignant cancer, which must be uprooted.

Nasrallah stated that the US did not want the Lebanese army to fight Daesh in those areas, which had been occupied by the Takfiri group, and to achieve this goal, it even stopped its aid to the Lebanese army for a period of time.

The leader of the Lebanese Hezbollah stated that the “Wahhabi Takfiri Daesh” group was only present in small parts of Iraq and Syria, but the group must be totally annihilated, because if not, it would continue to threaten Iraq and Syria.

He noted that the main strategy followed by Daesh was to extend its existence, so that, it could launch new battles to reclaim liberated towns and villages.

Elsewhere in his remarks, Nasrallah noted that the Middle East region was facing a new scheme devised by the United States and Saudi Arabia, which was mainly aimed at Iran.

He stated that Washington and Tel Aviv kept lying about Tehran’s nuclear program as they were outraged by the Islamic Republic’s influential role in the Middle East.

The Hezbollah chief said the main problem between the US and Iran was that the Islamic Republic had caused the Saudi-US plot to crash across the region.

He added that the Riyadh regime’s policies would eventually fail in Syria despite the fact that the Saudi authorities were funneling huge sums of money and munitions to Takfiri terrorists there.

Nasrallah then stressed that Hezbollah was a popular movement, which enjoyed great support both inside Lebanon and across the Middle East, noting that US policies and sanctions would fail to change the group’s positions. 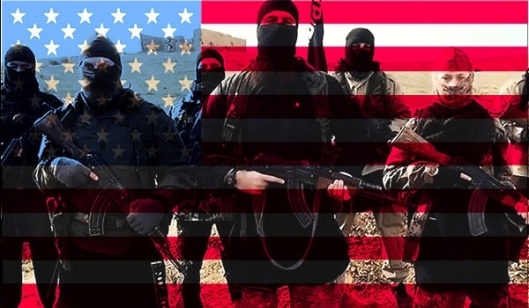