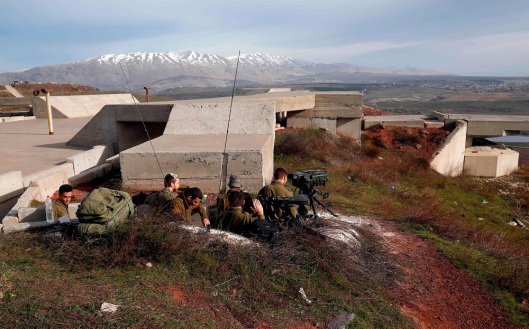 Damascus air defence downed its first Israeli jet (F-16) ever, at a stroke changing the rules of engagement (ROE) with Israel and sending a clear message that it is ready for war and will no longer be silent on violations of its airspace. ~ This clash has triggered the mobilisation of the Syrian army and its allies in Syria and in Lebanon, the Lebanese Hezbollah.  ~ The speed of the Syrian reaction was due to a prior decision taken at highest level among all allies operating on Syrian territory. ~ These consider a possible confrontation may be inevitable if Israel has decided to respond and declare war. ~ The violation of Syrian sovereignty is no longer an option open to Israel and the Israeli jets will no longer be able to carry out their usual promenades over the Levant without consequences.

Moreover, it is also clear that Russia – despite all that is said in the media – is aware of the Syrian decision to confront Israel. Moscow is supplying Syria with anti-aircraft missiles, its forces dominates the air space over the Syrian Army’s controlled territory, and has the radar capability to see and monitor any Israeli aircraft flying over Israel, Lebanon and Syria. Russia is also informed when the Syrian army repeatedly fires missiles and confronts the Israeli air force in the sky over Syria or in the border areas.

It is not in the interests of Russia to see war break out in Syria where its forces are present on the ground and in the Mediterranean. Russia considers it has the right to intervene because its official presence on Syrian territory is at the request of and in agreement with the Damascus government. In its role as a superpower, it is in its interest to stop the tension on the Syrian border and show it has the power to impose peace on would-be belligerents.

It is also in Moscow’s interests to push Syria to react to Israel’s violations, even at the cost of downing an Israeli jet- especially when Russia accuses Washington of supplying the Faylaq al-Sham militants (al-Qaeda’s allies in northern Syria city of Idlib and its surroundings) with the anti-aircraft missiles which downed the Russian jet over Idlib and to the murder of its pilot who refused to surrender to the militants and jihadists.

All of this took place one day after the liberation of the entire area from the “Islamic State” (ISIS) group in rural Aleppo, Homs and Idlib, with over 1200 square kilometres returned to government control. This freed over fifteen thousand officers and soldiers from the Syrian army and special units which were engaged there to move to another front, the one against Israel if necessary, with al-Qaeda as the only remaining threat to the Syrian state.

This shows that the government of Damascus – which lived in a state of war for more than six years – is ready to fight its battle with Israel and begin now. The Lebanese Second War in 2006 proved that air force power does not give superiority and does not finish off the opponent, Hezbollah, whose militants continued firing missiles and rockets consistently throughout the 33 days of war. The thousands of missiles delivered to Syria from Russia and Iran in the last years represent a major threat to Israel in the event of war, invalidating its air superiority. 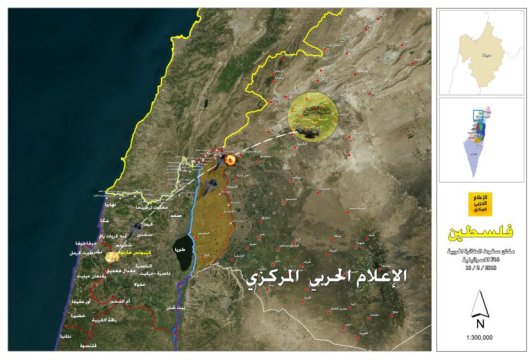 Hezbollah’s leader Sayyed Hassan Nasrallah also said that the new front will extend from Naqoura (south of Lebanon) to the occupied Golan Heights (south of Syria) and that tens of thousands of friendly forces from neighbouring countries and others from farther afield will participate in the next war. This means that Hezbollah, which has put all its forces in Lebanon and Syria on full alert in preparation for any Israeli response, is ready for war the moment Tel Aviv escalates.

It is possible that Tel Aviv does not want war today; it is confused and does not know where the war can lead at a time when its internal front is unprepared and its army will not engage in a battle whose results are slender and whose goal (to disarm Hezbollah and destroy Syria’s military capability) unreachable.

The Israeli confusion was manifest as follows: firstly, it accused Iran of being behind the escalation. Next its military command claimed that “an Iranian drone infiltrating Israeli airspace was downed”- but it showed footage of the downing of a drone in Syria rather than in Israel. Iran denied the Israeli allegation. It was only hours later that Israeli command acknowledged the downing of its F-16 for “technical reasons” and the last verison was delivered correctly: the F-16 was “shot down while flying over al-Sukhna”, close to Tadmur.

A Commander of the allied forces in Syria revealed to me that allied forces led by the Syrian Army Command agreed to ambush the Israeli Air Force, putting the Syrian air defence on high alert, ready to fire. Then, a drone was sent to the Syrian-Israeli borders, violating Israeli air space to attract an Israeli response. As expected, Israel sent its F-16 to down the drone and was hit on the border. According to the source, it is impossible for an F-16 to be hit over the Sukhna (the Israeli version) – clearly a lie according to the source – and was in fact downed near Kiryat Ata, east of Haifa, over 150 km away from al-Sukhna. This debunks the Israeli story as fake, an attempt to camouflage the fact that the Israeli jet was hit in Israeli air space, a direct challenge to Israel’s authority and a clear message to say: “we can shoot you down over your own air space if you violate ours”, said the source.

“If a SAM-5 missile hit the F-16, it would explode in the air and nothing would remain of it. It was hit with a smaller but more modern and precise missile, capable of manoeuvring like the F-16s”, confirmed the source, who refused to give further information. 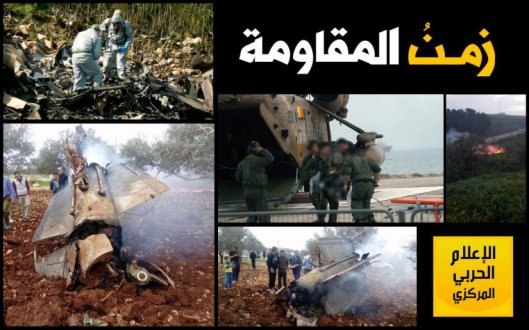 Wreckage of the F-16 and remaining of SAM missiles launched by Syria against Israel.

So according to the source, “Israel is engaged in a real battle to tell its own version, with the aim of hiding its incompetent situation. It is no longer the dominant force in the Middle East it believes itself to be, instead it is led by arrogant leaders rolling the drum of war, unwilling and incapable of living in peace among its neighbours”.

This “prepared incident” coincides with the 39th anniversary of the return to Tehran of Ayatollah Ruhollah Khomeini and the beginning of the People’s Revolution of the Islamic Republic of Iran (February 11, 1979).

Syria is clearly defying Israel and is looking for a confrontation. Its military command exaggerated the outcome of the event when it said its defence system downed more than one Israeli jet. At the time Israel was confused, trying to hide the event for two hours.

It is no coincidence that the atmosphere of war is escalating in the Middle East following the signing of Lebanon’s oil investment contracts with a consortium of companies from Italy, France and Russia for Blocks 9 and 4, despite Israel’s objection to this investment and America’s failed attempt to mediate. Israel – apart from being unprepared for a long front escalating from Naqoura to the Golan – is also investing in oil and gas drilling and wants to revive its own economy.

But wars start due to mistakes and challenges even if the parties are not ready for escalation. The region is reaching boiling point: the Syrian war is not over. Superpower countries are in a state of rivalry, competing for their interests, defending their friends and fighting directly and through their proxies. Today, Syria is known not only for its soap opera “Bab al-Hara” (translated as “the door of the neighbourhood”) but it can also be the “door to all-out war” if the parties do not cease their mutual challenges and escalations.