Russia’s Strategic Missile Forces reportedly test fired a RS-18 intercontinental ballistic missile on October 25, according to the Russian Ministry of Defense. Russian military analysts believe that the launch might have been a test of a new hypersonic glide vehicle (HGV), the YU-71, also known as Project 4202, a warhead purportedly capable of penetrating any missile defense shield.

“At 11:58 a.m. Moscow time [08:58 GMT], an RS-18 intercontinental ballistic missile was launched from the position area of the Yasnensky missile formation [the Orenburg Region]. The launch has been a success and the warhead has been delivered to the area of the Kura combat field [Kamchatka Peninsula],” the defense ministry said in a statement published by TASS news agency.

The defense ministry statement did not mention the YU-71. As I noted elsewhere, the last successful test of the YU-71 occurred in April 2016, according to Pentagon officials. (A previous test in June 2015 is believed to have been unsuccessful.) The April 2016 test also allegedly involved a RS-18 ICBM.

Senior Russian defense officials have repeatedly stated that Russia’s defense industry is working on fielding hypersonic weapon system capable of penetrating advanced missile defense systems by the early 2020s. One of the major difficulties remains the YU-71 HGV’s accuracy since engineers have so far been unsuccessful in developing functioning missile control system, according to a Russian defense industry source. Missile scientists also need to develop new materials that can withstand temperatures of 1,500˚C, generated by speeds of Mach 5 and above.

Once it reaches near space and is ejected from the missile booster, the YU-71 HGV begins to glide in a relatively flat trajectory by executing a pull-up maneuver and accelerating to up to ten times the speed of sound, or around 7,680 miles per hour. 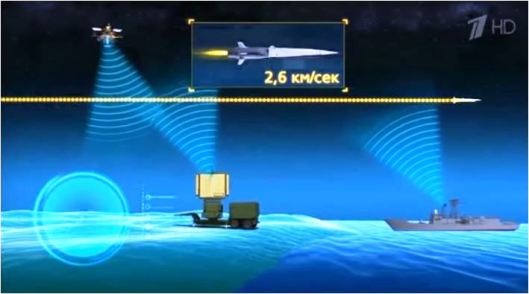 The gliding phase enables the YU-71 HGV not only to maneuver aerodynamically – performing “extreme maneuvers” and evading interception – but also extends the range of the missile.

[U]nlike conventional reentry vehicles, which descend through the atmosphere on a predictable ballistic trajectory, hypersonic glider vehicles are almost impossible to intercept by conventional missile defense systems, which track incoming objects via satellite sensors and ground and sea radar.

As I noted previously, the YU-71 could eventually be mounted on Russia’s new super-heavy thermonuclear-armed intercontinental ballistic missile, the RS-28 Sarmat. With its 10 heavy or 15 (some sources say 16) lighter warheads, the silo-based ICBM, once operational, will reportedly be capable of wiping out an area the size of Texas or France. Some experts estimate that the RS-28 will be able to carry up to three YU-71 HGVs.

The RS-18 is a Soviet era a fourth-generation silo-launched liquid-propellant ICBM capable of carrying up to six 550 kiloton warheads and an estimated range of 10,000 kilometers. According to some estimates, the Strategic Missile Forces have around 30 RS-18 ICBM currently in service, but the two-stage liquid fuel missile is slowly being phased out and replaced by never silo-based models like RS-24 Yars (SS-27), which along with the RS-12M2 ICBM (the Topol-M missile system) will become the mainstay of Russia’s land-based nuclear deterrent.

The Russian Defense Ministry announced at the beginning of 2016 that the Strategic Missile Forces would test-launch a total of 16 ICBM throughout the year, with 14 dedicated to testing new missiles and warheads including the RS-28 Sarma

Russia’s new hypersonic Sarmat ICBM, which is capable of overcoming missile defense systems, has completed tests and is a “breakthrough” for the country’s missile program, according to President Vladimir Putin.

The announcement was made during Putin’s annual address to Russia’s Federal Assembly, and was accompanied by a video showcasing the missile’s capabilities. Sarmat is capable of outmanoeuvring modern missile defense systems, he said.

READ MORE: Putin: Russia’s Arctic fleet is strongest in the world & will continue to be

Putin told the Federal Assembly that Russia had begun working on ways to counter American anti-missile capabilities as early as 2004 – but that Washington had ignored Moscow’s warnings. “You will listen to us now,” he said.

Capable of carrying a wide range of nuclear weapons, the Sarmat system has virtually no range limit and will be able to attack across both the South and North Poles, Putin said.

Last week, Deputy Prime Minister Dmitry Rogozin said that the new missile “can rip [US] air defenses apart,” adding that “at the moment [the US defense shield] poses no serious military threat to us, except for provocations”.

Putin: #Sarmat system has virtually no range limit and will be able to attack across both the South and North Poles

Putin: #Sarmat system has virtually no range limit and will be able to attack across both the South and North Poles https://t.co/2OzZEAnh46 pic.twitter.com/C8AAhoJQr8