An artistic piece of exquisite value, one of a kind and innovative. ~#~ This video was an initiative taken by the artists (without the President’s knowledge) to immortalize President Rouhani’s emotional speech, where he expresses hope for peace, friendship and progress. ~#~ Only at the later stages was the video shown to President Rouhani. ~#~ This melodic piece is the first time ever for a chorus to sing along with a formal speech by a prominent Shia cleric and high ranking Iranian politician. ~#~ Featuring musical instruments on video and singing by women are prohibited by Iran’s state television. ~#~ The fact that President Rouhani’s personal website decided to feature this video was a great and notable step to break this taboo and support Iranian artists. ~#~ To pay tribute and celebrate Iranians from all backgrounds, parts of the video are in Kurdish, Balochi, Azeri and Arabic.
(by President Rouhani website ~ thanks to Gravel Kucinich Paul Nader)

“I hope that I am wrong about war before November 4th. I wish I am wrong. I would be happy and relieved if I am wrong, but I felt that I had a duty to make public my fear that this would occur”. (Sheikh Imran Hosein)
~~~
Usually when somebody predicts the end of the world by such-and-such date, I don’t pay it any heed. However, Imran Hosein is a man who has made a lifetime study of Islamic eschatology, and whatever your views on that subject may be, I feel compelled to mention that I’ve run a few of Sheikh Hosein’s videos before and found his analyses on world affairs pretty solid.

So take it for whatever it’s worth: global war will begin by no later than November 4, 2016. Why the date in November has to do with the US presidential election.

If you would like to construe that as a ringing endorsement of Trump, I guess you’re free to do so, and maybe in some respects it is. But Sheikh Hosein isn’t the only one with such a view of Trump. (by Richard Edmondson)

The head of the Chechen Republic has addressed all Muslims in the world with a call to unite and destroy Islamic State (IS, formerly ISIS/ISIL), adding that no one has the right to remain neutral after the atrocities committed by the extremists.

Ramzan Kadyrov made his address on Wednesday, soon after the release of a new video with what was claimed to be an execution of 200 helpless Syrian children by IS fighters armed with machine guns.

“Two hundred children were shot dead. Millions of people in all countries of the world have seen this video and all leading mass media reported this news. Earlier we also saw monstrous killings of women, children and adult men … Muslims die on the hands of those who call themselves Muslims,” Kadyrov wrote on his Instagram account, which he usually uses for public statements. 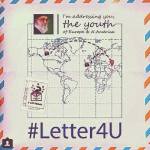 I cannot conform the authenticity of a letter written by Irans Supreme Leader, Ayatollah Sayyed Ali Khamenei, ‘To the Youth in Europe and North America’, but it has been printed in many news formats. I will share it with you…
Nevaehwest

A police operation is underway at a café in central Sydney, where up to 40 hostages are being held by unknown attackers and a black Daesh-jihadist flag can be seen.
It comes amid Australia’s backing of the US-led operation against Daesh (so called Islamic State).

A senior Lindt Australia official said that 10 staff and up to 30 customers could be held inside the Lindt Chocolate Café in Martin Place.

The hostages were forced to hold a black flag with an Arabic inscription, prompting fears that ruthless Daesh-Islamic State (IS, formerly ISIS/ISIL) militants were behind the attack.

Here is an excerpt of a ‘lesson‘ of spirituality, civilization and humanity, imparted by a sheikh who passes himself off …

2 Christians, a father and a husband, watching wife and daughter get brutally raped by mercenaries of the terrorist group …

I was told growing up, “Dont tell lies, because you can never keep them straight”  ~ The US administration pays …

I can feel it in the air… An “Arab Spring” soon to hit Saudi Arabia! While the US President meets …

This article was published, taken off and revamped to make sure its wording cannot be misconstrued and used in a …

Photographs from the video were reportedly circulated by a host of jihadi social media accounts, which said that the incident …

A Syrian Jihadist commander who fought alongside al Qaeda founder Osama bin Laden and was close to its current chief, …

The terrorist al-Qaeda group, a creation of the US and Saudi Arabia, has now expanded into “diverse offspring” that vie …

However, even Osama bin-Laden would condemn this joke of the Muslim world, as he not only fails miserably to represent …

A top Malaysian Sunni cleric says a plot involving the United States, Israel and Saudi Arabia has been hatched to …

Terrorism came into being as soon as humanity appeared, but the US special services turned it into a threat of …

Reports from across Syria, including Aleppo, Qalamoun and Reqaa lay bare massive crimes being perpetrated against the Syrian people in …

Leader of the “Souqour al-Sham” (Hawks of the Levant) Brigades, Ahmad Issa al-Sheikh, announced the formation of “al-Jabha al-Islamiya” (the …

According to recent reports, the last remaining historic sections of the Masjid al-Haram in Mecca have been demolished. The Masjid …

The following is an interview done by the Syrian TV with an arrested lady member of the FSA, Free (from) …

Video and Report By Eretz Zen As fighting continues in Syria, 43 Islamist groups have united to form a joint …

ISIL Threatens Erdogan: Watch Your Back, Our Suicidal Bombers Will Hit Ankara and Istanbul… Islamic State of Iraq and the …

Bandar bin Sultan is the director general of the Saudi Intelligence Agency. In that capacity, he has earned a well-deserved …