Syrian Arab Army Forces in Syria have flushed foreign-backed militants out of the routes linking the capital, Damascus, to the western city of Homs.

The Syrian troops established control over the hills overlooking the Eastern Ghouta region east of Damascus after eliminating the members of the so-called Jaish al-Islam terrorist group and destroying their weapons and ammunition.

Army and Armed Forces carried out Tuesday wide military operations against terrorists in several areas around the country. Army units …

Terrorist mortar attacks continue to claim more innocent lives as 6 children were killed in Damascus.  According to the Police …

* A necessary introduction. The proximity to the Turkish border involves a great strategic importance of the areas and governorates …

* 160 Persons in Damascus Countryside and Lattakia Handover Themselves and Their Weapons in to Authorities Apr 12, 2012 – DAMASCUS … 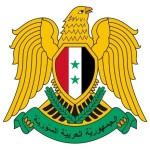