Fabiola’s father Farouk al-Ibrahim was a professor at Colombia University and her mother Rania al-Ugielie was a dentist as she returned to Syria after the death of her husband.

Fabiola grew up in Aleppo and Raqqa provinces and she mastered the French and the Armenian languages as she learnt them from her friends and neighbors in the two provinces.

Syrian Arab Army, the only bulwark and shield against international terrorism who attacks the Syrian people

Karman, who supported the US/NATO war on Libya, is clearly criticizing the US for not waging a similar type aggression against Syria, and calling on the audience to lobby the US government to wage such a war.

Karman, the most widely known “Arab Spring” celebrity activist promoted by Western regimes and media outlets, earned the award based on a disgraceful speech she delivered at the Council on American-Islamic Relations (CAIR) banquet in Orange County, California on November 8.

In a relevant context, President al-Assad met a delegation of the Syrian citizens in the US who came to Syria … 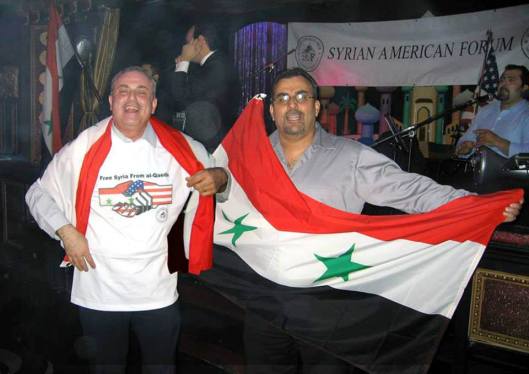 We receive this beautiful letter from our friend Leila, which with honor we publish Happy Independence Day, my beloved Syria! …

~ Senators Wyden and Merkley and Representative Blumenauer, IMMEDIATELY STOP SENDING ALL FORMS OF AID TO ANTI-GOVERNMENT FIGHTERS IN SYRIA, …