Dr Jamal Assad, a gynecologist from Zagreb Croatia, must think drawing blood in Syria is much more important than treating patients in Croatia.

He is pictured here with members of al-Farouk Brigade, and he is not holding medical equipment! 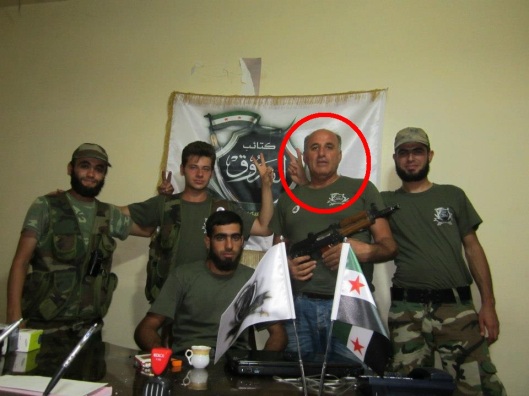 He is photographed here wearing the uniform of the Al-Farouk Brigade, one of the fractions of Jihadists fighting the Syrian Arab Army. 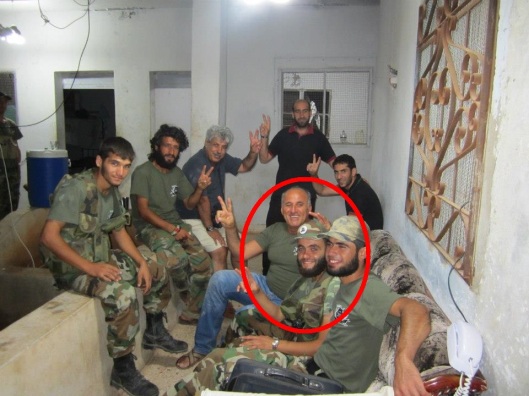 He makes as many trip around talking to as many people (and governments), as he can trying to drum up support for his terrorists that are murdering the people of Syria. 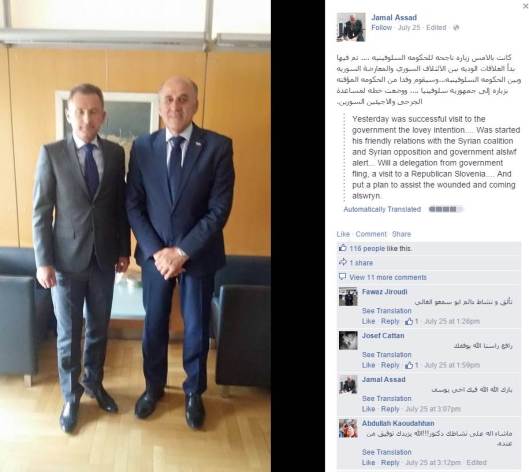 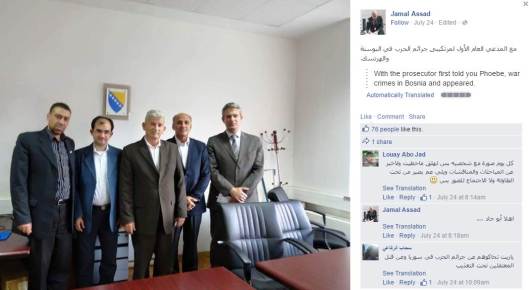 He does not represents the people of Syria, he represents and aids the Syria National Coalition.

They were/are set to appointment him as a representative from Croatia. The opposition group formed by Saudi and the USA. Fighters representing this group are not even Syrians… 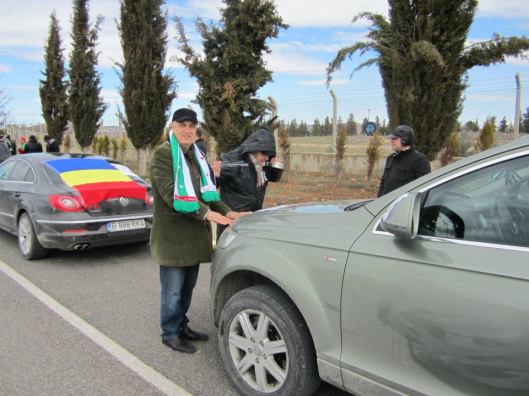 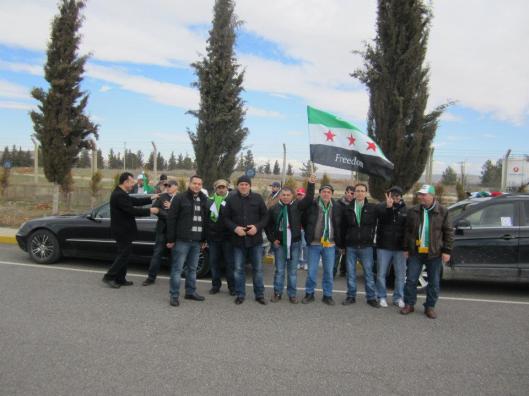 In a report from 2013 Al Arabiya stated:

The Croatian capital has served for months as a transit point for Saudi-financed weapons for Syrian rebels, a local newspaper said on Friday, but the report was swiftly denied by the government.

It said the transport of some 3,000 tons of weapons and ammunition was organized by the United States using Turkish and Jordanian air cargo companies.

The weapons originated from Croatia — notably guns, rocket and grenade launchers — as well as from several other European countries including Britain, it reported.

The Jutarnji List wrote that the weapons, financed by Saudi Arabia, were transported to Jordan and later transferred to Syria.

The New York Times reported in late February that Saudi Arabia was supplying Syrian rebels with weapons bought from Croatia.

The Times, citing unnamed U.S. and Western officials, said the Saudi-financed “large purchase of infantry weapons” was part of an “undeclared surplus” of arms left over from the Balkans wars in the 1990s and that they began reaching anti-regime fighters via Jordan in December.

Since then, The Times added, officials said “multiple planeloads” of weapons have left Croatia, with one quoted as saying the shipments included “thousands of rifles and hundreds of machine guns,” as well as an “unknown quantity of ammunition.”

End of their report… 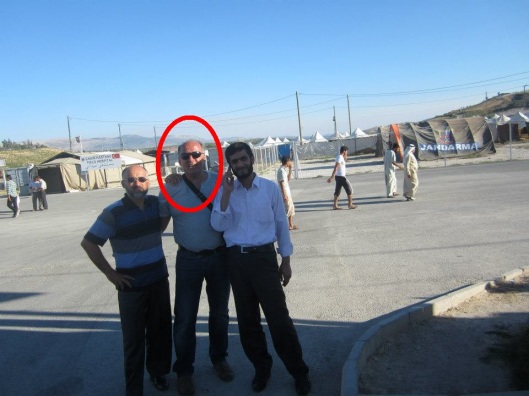 I think Croatia has played an illegal role in the running of weapons to Syria.

Feel free to browse his facebook page to see much much more. 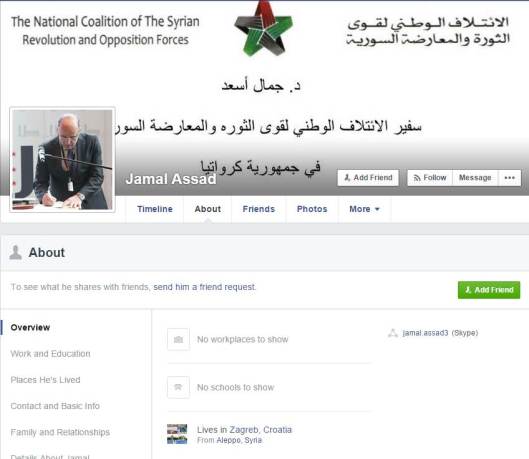