DESTROYING LIBYA:
WHAT GOES AROUND COMES AROUND

“Dismissing the claim that the West’s Gaddafi-killing intervention in Libya, which played a big role in the chaos in the Middle East, was for humanitarian reasons, this book explains the real reasons. Of special interest is the author’s discussion of the central role played by ‘the ever-destructive Hillary Clinton.’”
– David Ray Griffin, author of Bush and Cheney: How They Destroyed America and the World, and Unprecedented: Can Civilization Survive the CO2 Crisis?

In early 2011, Libya came under attack. The anti-Libya coalition included France, the United Kingdom, the feudal Gulf monarchies, the United States and other NATO countries. Although during the previous months, Muammar Gaddafi had visited the nations of Europe where he was welcomed as the head of a friendly State, the United Nations swiftly approved the coalition-sponsored U-turn, undertaken in the guise of humanitarian intervention to protect the Libyan people. Gaddafi was branded “a bloodthirsty, crazed dictator”, intending and carrying out war crimes to suppress a legitimate domestic revolt.

This narrative was part of a larger-scale Western strategy adopted to redesign the entire Middle East in accordance with its interests. Immediately after the start of the NATO campaign of air strikes, Paolo Sensini visited Tripoli as a member of the “Fact Finding Commission on the Current Events in Libya”. He then wrote a fully detailed account of the real reasons for the attack on Libya, and the outcome. This book outlines the historical background of the last hundred years and more, from the main phases of the Italian military occupation (1911-1943) to the dramatic events of our own times, including an account of the post-war monarchy and Qaddafi’s rise to power, the air strikes on Tripoli and Benghazi ordered by Reagan in 1986, and the Lockerbie affair.

Sensini exposes the falsehoods propagated in 2011 of the alleged “mass graves” and “10,000 deaths”. He takes a close look at the “rebels in Benghazi” – goaded on by Islamic fundamentalists but organised, armed and financed by the West. The “rebels” provided the pretexts that West needed for approval of UN Resolution 1973 – the myth of ‘humanitarian’ intervention as embodied in the so-called “responsibility to protect” (R2P) doctrine. This criminal intervention devastated Libya, unleashing chaos and a civil war unlikely to cease in the near future.

Sensini addresses what has followed in its wake: the 11 September 2012 murder of American Ambassador Chris Stevens, the role of Hillary Clinton, and the plight of untold waves of migrants seeking to flee the continental chaos that R2P has unleashed, resulting in thousands of deaths and drownings across the Mediterranean, and the potential destabilization of European states struggling to cope with the mass influx. 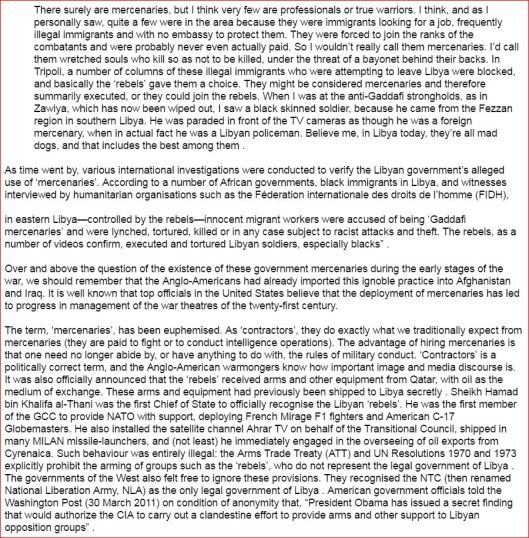 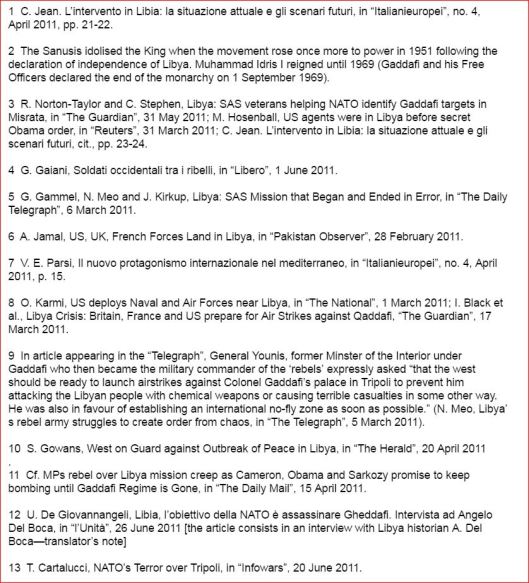 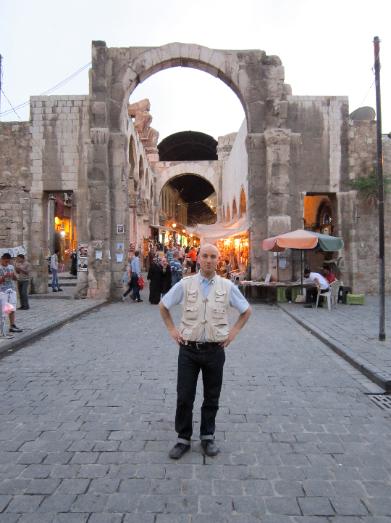 Paolo Sensini interviews the President of the Syrian Parliament, dr. Mahmoud al-Abrash in Damascus, May 2012 (photo by WarPress.info)

3 thoughts on ““Sowing Chaos: Libya in the Wake of Humanitarian Intervention”, by Paolo Sensini [Book Excerpts]”