Turkey’s top-selling opposition newspaper, Zaman, which has been “forcibly taken over” by the Turkish government, will continue publishing as an independent daily in Germany, editor-in-chief of Zaman Almanya (Zaman Germany) has vowed.

Speaking to Reuters TV, Zaman Almanya’s editor-in-chief, Sueleyman Bag, said the current print version of Zaman in Turkey “has nothing to do with Zaman there because it has been forcibly taken over by the state.”

“We will print an independent newspaper. We still have not addressed the question of how we do that. This is a new challenge for us,” Bag said. Zaman Almanya’s print edition in Germany, which is home to a large Turkish community, has 14,300 subscribers. 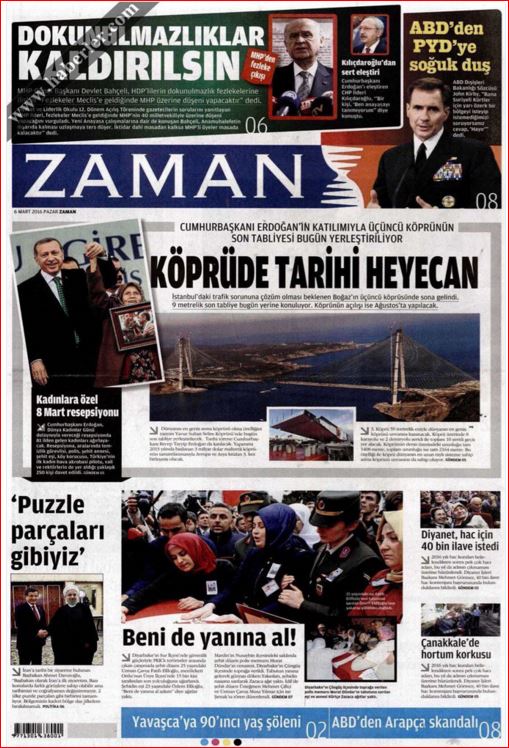 On Monday, the paper contrasted its coverage with that of Zaman’s Turkish edition, currently under government-imposed management, by revealing a black front page bearing the headline: “The constitution is suspended.” The lead story in the online edition described how protests against Zaman’s takeover were violently dispersed in Istanbul. It featured a photo of a female protester with a bloodied face. Zaman Almanya also posted stories condemning President Recep Tayyip Erdogan’s crackdown on freedom of speech and criticizing European countries for their “silence” in the face of human rights violations in Turkey.

Meanwhile, there was no trace of criticism in Sunday’s Turkish print edition of Zaman. Instead, the paper featured articles supporting Ankara, as well as a story about a project to build a new bridge across Istanbul’s Bosphorus Strait and reports on the funerals of “martyrs” killed during a military operation against Kurds in southeastern Turkey.

Turkish authorities took control of Zaman on Friday by appointing new trustees for the Feza Media Group, which includes the paper. 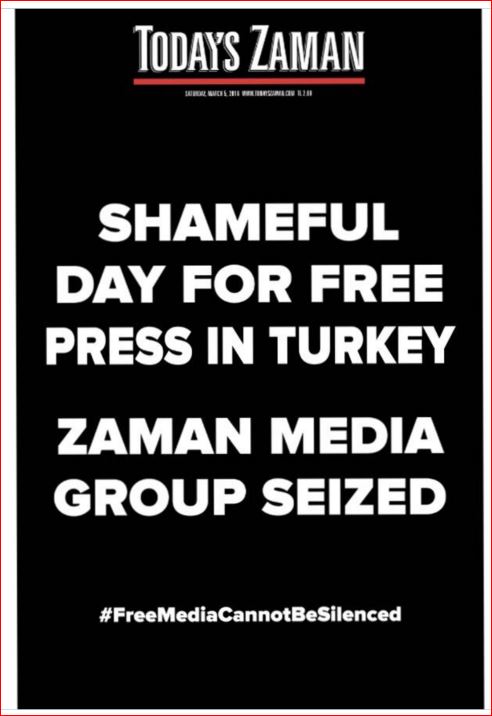 Turkish police also employed tear gas, water cannon, and rubber bullets to disperse crowds of hundreds of Zaman supporters protesting what they see as a government seizure of the paper’s headquarters in Istanbul.

Human rights groups and some European officials criticized the Turkish government, characterizing the move as a violation of press freedom.

“He who wants to join the European Union must support freedom of expression, freedom of the press and must tolerate criticism,” said German Green Party chief Cem Oezdemir, who is a descendant of Turkish migrants.

“We are monitoring this with concern. We must discuss with Turkey their interpretation and understanding of civil rights and liberties,” German Foreign Minister Frank-Walter Steinmeier told journalists on Monday. 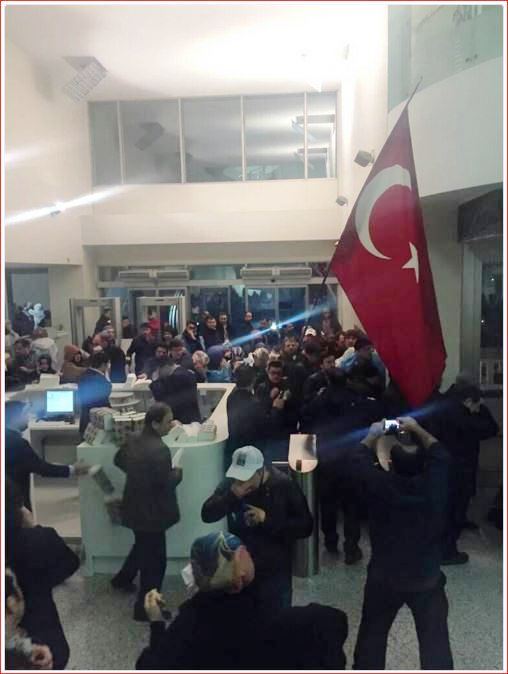 Ankara dismissed all of the accusations, however, claiming that its actions were aimed at investigating illicit financing of what it describes as a “Gulenist terror group.”

Turkish Prime Minister Ahmet Davutoglu had already described Zaman’s activities as “an operation targeting a legitimate government that came to power with popular support,” referring to the paper’s affiliation with the now US-based cleric Fethullah Gulen, a fierce critic of President Erdogan who was put on a “most-wanted terrorist list” by the Turkey’s government.

German Chancellor Angela Merkel said the situation surrounding Zaman was discussed with Davutoglu during the talks held by EU leaders and Turkey to discuss a “game-changing” plan to tackle the refugee crisis. The plan, based on Turkey’s proposals, envisages the EU offering Turkey an extra €3 billion by 2018, in addition to the €3 billion it had already promised Ankara to deal with the refugee inflows.

While Merkel said the EU had stressed the importance of freedom of speech, oppositionary Turkish journalists were outraged by the block’s attempt to strike an agreement on the refugee issue with Turkey amid the current crackdown on independent media, branding it a deliberate brushoff of human rights violations and a retreat from the European values.

“The EU seems to have forgotten its essential values like democracy; instead, what we have is an organization that ‘worries’ and only ‘takes notes’ about graphic violations of basic democratic standards in a candidate country,” Gokhan Bacik, a political scientist and columnist for Today’s Zaman, the paper’s English version, wrote in an article published on the Turkish Minute website.

“The EU should know that non-democratic and authoritarian methods cannot guarantee its security and stability. I am afraid this ‘cheap and myopic paradigm’ that runs the EU foreign policy today may transform countries like Turkey into deeply chaotic places,” he added.