We republish an analysis compiled by Elijah J. Magnier [Al Rai Chief International Correspondent, veteran War correspondent & Analyst from Middle East]  regarding the topicality of the Turkish incursion into Syrian territory, in a perspective that contemplates the recent Turkish-Russian agreements. Although we can not prove [and therefore subscribe] all the points of this analysis, however we consider that it is in some ways very interesting and useful. (SFP-WP)

During their meeting in St. Petersburg and following consecutive reunions later, plus an exchange of visits by high-ranking military officials, Russia and Turkey agreed on the role the Turkish forces could be offered in Syria, within specific parameters that will serve both sides interest, as long as there are limits and guarantees offered by both parties. Details of the Turkish forces’ presence and deployment on the ground were discussed, including what each side could offer to thwart the US plan to divide Syria, a plan that was helping the Kurds to establish a “state”, known as Rojava, from the north-east to the north-west of Syria, with a permanent US military presence. During five years of war Washington always rejected Ankara’s request to create a no-fly-zone on its borders with Syria, 40km long and 110 km wide.

But Turkey considered itself in a strong position to impose its will on the US, indirectly accused of supporting the failed coup-d’état last July that almost cost the life of President Reccep Tayyib Erdogan. The Turkish President chose to accuse his political opponent Fethullan Gulen, resident in the US, for plotting against him rather than explicitly accuse the US administration who, right up to now, have refused to handed over Gulen to Erdogan.

Putin’s talks with Erdogan ended the state of hostility between the two countries following the downing of the Su-24 last year on the Syrian – Turkish borders. It was the first necessary step allowing the forces of Turkey and its allies in Syria to enter Syrian territory without being attacked by the Russian Air Force based in Syria or by its S-400 missiles specifically deployed to defy and hunt down any Turkish jet offering support to the ground forces inside Syrian territory.

Russia acknowledged the Turkish intervention to stop the Kurdish forces known as YPG or “People’s Protection Units” which took control of Manbej after defeating the “Islamic State” group (acronym ISIS) and was at the gates of Jarablus, heading towards Azaz to reach Afrin. 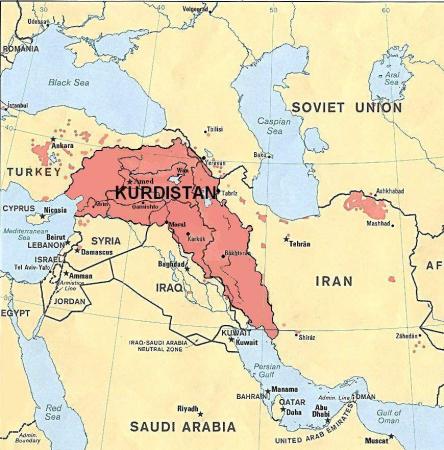 Ankara committed itself to hunting down “ISIS” along the Syrian border with Turkey, and to preventing the Kurds from establishing themselves along the borders. Russia has accepted a Turkish incursion into Syrian territory due to the Kurds’ declared hostility to the government in Damascus when YPG forces attacked and expelled the Syrian army from al-Hasakah city to the suburbs, with US backing, – a clear intention to initiate the partition of Syria. Russia stands against a Kurdish state ruled by the US in the new Kremlin Mediterranean base, Syria. The Kurds had been enjoying the support of Damascus for the five years of war, and believe that the rebellion was not in vain, rather part of a plan to divide Syria.

Russia understands that the US is reluctant to exert influence over its allies in the Middle East to instruct their proxies in Syria to stay away from the (ex) Nusra group (Al-Qaida in Sham, newly rebranded as Jabhat Fateh al-Sham). Turkey expressed its willingness to collaborate and instruct many rebel groups under its direct influence, to reject unification, avoid the merger proposed by Nusra, and keep its distance from the Jihadists, mainly in the northern city of Aleppo. Those groups receive their logistic, finance, military equipment, medical treatment, medicine, hospitalisation, free access to the country and intelligence information from their sponsors in the Middle East: all via Turkey.

In fact, many of the rebel groups responded to Ankara’ call to attack ISIS and Kurds-controlled land in the north of Syria, and they pulled out from around Aleppo to join the Turkish Army. Others expressed the “useless objective to continue fighting in Aleppo”. Groups like Nureddine Zinki, Faylaq al-Sham, Firqat Hamza, Sultan Murad and Istaqem kama Umert, all left the Aleppo front and rejected the union with (ex) Nusra, along with one of the biggest northern rebel Islamic groups, Ahrar al-Sham, whose leadership is divided on this particular topic. These groups spat out their promise given to (ex) Nusra to form one group if it broke its ties with Qaidat al-Jihad in Khorasan, which Nusra did at the end but, indeed, without obtaining the promised unity and desired merging. 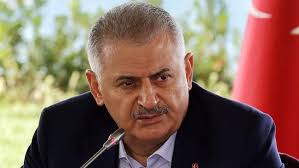 Moreover, Turkey showed its ability to change its long declared policy toward  Damascus: Prime Minister, Binali Yildirim declared, “Syrian President Bashar al-Assad could be a partner in this transitional phase”. The tactical disagreement over Assad’s future as the head of his country remains a suspended unsolved issue that Russia considers it is the right of the Syrian people to decide.

Turkey agreed to avoid any contact or clash with the Syrian army, mainly around Aleppo, in support of the Syrian rebels and jihadists. This is leaving (ex) Nusra almost alone with minor groups around Aleppo, Ramouseh and the academies, offering a perfect target to the Russian Air Force, and the US, if willing to act in partnership, since jihadists are left alone on that front.

Turkey succeeded in benefitting from Washington’s blessing to engage its forces in Syria after five years of objection and rejection of a most wished no-fly-zone. Erdogan was carrying a sharp knife, blackmailing a US concerned that the Turkish president may fall into the arms of Russia, which would represent a threat to the NATO alliance. Erdogan was due to be pleased by the US to divert attention from the role he is unwittingly claiming that the US played and was not far from orchestrating the failed coup last July.

Moscow informed Damascus of the Turkish plan, despite denial and contested positions through its Foreign Ministry expressed overtly against the intervention o the Turkish forces on its soil. Turkey was officially using its right to “go after the PKK Kurds according to the 1999 Adana agreement with Damascus”. Moreover, Turkey was chasing ISIS from the north of Syria, an area that neither Damascus nor its close allies on the ground were willing to engage at any time in the future. Russia is aware that the Syrian Army, Iran proxies (Afghan, Pakistani and Iraqi) and Hezbollah have no intention of pushing their forces toward Jarablus, al-Bab or even Raqqa itself, ISIS’s stronghold.

Russia made it clear to Turkey that it will not tolerate any infringement of the agreement or any clash with the Syrian Army drawing clear redlines, and threatening that its Air Force will hit the Turkish forces and its proxies in case of any similar violation.

Russia has advised Syria to avoid any official objection and condemnation deposited at the United Nations Security Council related to the presence of Turkish troops on its soil. Turkey is protecting its national interest, preventing the partition of Syria, a possible domestic Kurdish uprising and a Rojava state on its border, and eliminating a future permanent foothold of US forces in Syria.

Moscow told Damascus “Turkey is willing to cut the Kurds’ toenails, they who believed the US is carrying a magic wand and could offer them a state in Syria without any objection or reactions. The YPG have no previous experience with American forces that can abandon them when US interests with Turkey prevails, despite hundreds of Kurds being killed on the battlefield against ISIS”.

It is clear that no cease-fire is possible in Syria without direct intervention of the countries involved in the war for five years, imposing a solution upon everyone and gathering together forces against the jihadists and those who stand in the way, including ISIS. Turkey has been unable to achieve any significant gains on the battlefield through its proxies except the control of Idlib. That is why the presence on the ground of “the authentic” (Turkish) dismisses the role of the agent (Syrian opposition group known as “moderate rebels”); that any strategic significant achievement against ISIS or the Syrian Army could not be achieved without the direct intervention of the Turkish Army. Today, Ankara cannot hide any longer behind its groups since the main protagonists are exposed and known today on the Syrian arena.

For the Kurds, who have a role in Syria, they must be subject to a commensurate status without becoming a tool to divide the country. As the situation in Syria is changing continuously, any glitch in the Russian agreement will push the two superpowers directly involved in Syria – The US and Russia – to provide the necessary support for the Kurds so that they drag Turkey into the Syrian quagmire and for the complexities of the Syrian conflict to return to their starting point. 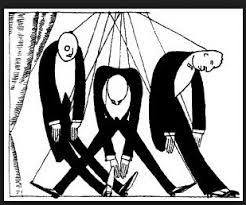 Related to: “For Assad defeating al-Qaeda and its allies, rather than ISIS, is a top priority: ISIS is a “marionette“

There is no doubt that the withdrawal of ISIS from the north of Syria, leaving the arena for Turkey and its proxies, will free a large number of fighters to be invested against the Syrian Army in other locations, like Kuweires or along the Syrian desert. However, these attacks are expected. ISIS has no other targets at the moment as it is shrinking from all sides in Syria and Iraq. At the end of the day, the question remains: Who is going to finish off the ISIS stronghold in Raqqah before its militants get dispersed?

Decisional sources told me “Damascus and its allies are not willing to lose one single man to regain control of Raqqah. If the US wants with all its proxies, the Kurds or even Turkey to knock at the gate of Raqqah, they are most welcome to do so. Aleppo, mid Syria and its north are far more important than sending forces to be drained against ISIS that is just waiting to show a last show of strength before being whipped.

Thus, ISIS is expected to stay for a while longer until it is clearer who will sit on the throne in Washington. This would postpone the decision regarding the fate of the land which will remain in the hands of the terrorist group until after February-March 2017.

1 thought on “[If] Putin and Erdogan have agreed on a restricted road map in Syria, the Kurds and Nusra will be the main losers ~ [By Elijah JM]”