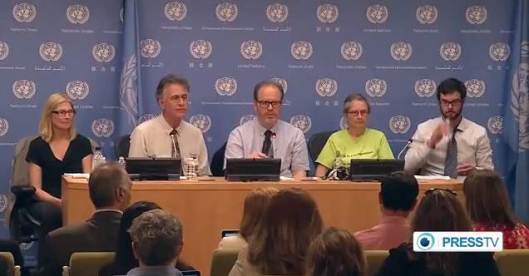 A group of Americans, who observed the Syrian presidential election first hand, reported at the United Nations on what they witnessed.

As a group, they described the election in Syria as successful, free and transparent.

They also called for an end to foreign support for anti-Damascus mercenary terrorist.

3 thoughts on “US Observers Report on Syrian Election at UN”