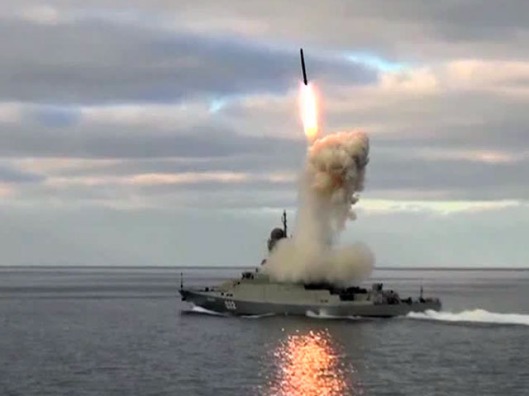 Russia’s intervention in Syria has whipped up feelings across the region and around the world. As soon as Russian aircraft began conducting airstrikes in Syria, Western media started complaining that Russia is bombing the wrong terrorists.[1]

U.S. government and media are still pretending that the CIA “began a covert operation in 2013 to arm, fund and train a moderate opposition to Assad” and that this secret program “is the only way the U.S. is taking on Assad militarily.”[4]

As Boiling Frogs Post exposed four years ago, U.S. covert operations started as early as April-May 2011 when a joint U.S.-NATO training camp was set up in Turkey’s Incirlik Air Base.[5] 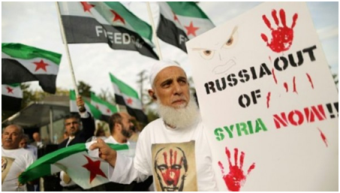 Moscow’s intervention is now complicating efforts to hide the true extent of U.S. involvement in the conflict as well as Washington’s real objectives. Even the neocon comedians at The Daily Beast couldn’t help but wonder why CIA-trained “rebels” were fighting alongside Jabhat al-Nusra against Syrian government forces instead of battling the so-called Islamic State (ISIS).[6]

To make matters worse, Russia’s move has scuppered U.S. coalition plans for a no-fly zone in Syria, as the Financial Times so aptly put it.[7] Under the guise of establishing an “ISIS-free zone,” the United States and Turkey had been leading efforts to set up a no-fly zone and wanted to seize Syria’s Aleppo Governorate. Turkish media was already cheerfully proclaiming Aleppo as the 82nd province of Turkey before the Russians ruined everything.[8]

Although it is not exactly a secret that “an imminent move to ramp up coalition activity in Syria” forced Moscow’s hand,[9] the very same countries that are operating illegally in Syria[10] tried to claim the moral high ground when the Russian Air Force joined the fight at the request of the Syrian government.

The U.S., Turkey, Saudi Arabia, Qatar and other coalition members called on Russia “to immediately cease its attacks on the Syrian opposition and civilians” and warned that Russian military actions “will only fuel more extremism and radicalization.”[11]

In case anybody had not gotten the message, a senior Qatari source told the Middle East Eye that the Russians “will be begging Qatar in 10 years time to negotiate a ceasefire with the ‘Syrian Taliban’” if they don’t back down.[12]

Both ISIS and al-Qaeda’s Syrian branch Jabhat al-Nusra also called for jihad against Russia.[13] The terrorists apparently don’t share the U.S. government’s assessment that 85 to 90 percent of Russian airstrikes are hitting “the moderate Syrian opposition.”[14]

By now, the Islamic State has probably realized that The Daily Beast cannot be trusted.[15] Instead of giving air support to ISIS fighters, the Russian Air Force is actually targeting vital supply lines from Turkey after the U.S. had allowed “these supply lines to continue flowing.”[16]

This might explain why ISIS was so eager to claim responsibility for the downing of a Russian passenger plane that crashed in Egypt‘s Sinai peninsula. According to the Islamic State’s Aleppo “province,” the plane was attacked in retaliation for Russia’s intervention in Syria.[17]

While investigators were still trying to figure out what caused the crash, a former U.S. diplomat with an interesting background,[18] who features in Sibel Edmonds’ The Lone Gladio, took the same line as ISIS and gave Russian President Vladimir Putin a little advice:

Matthew Bryza and the Kremlin clearly have a different interpretation of “truly fighting ISIS.” The Russians have no illusions about the U.S.-led campaign against ISIS and the true nature of the so-called Islamic State.

After calling the U.S.-led coalition out for “pretending” to bomb ISIS,[19] influential Russian lawmaker Alexey Pushkov recently explained that Russia is fighting for its own security in Syria because “those behind Islamic State are the same people who were in the past destabilizing Central Asia and attempted to break Chechnya away from Russia.”[20]

Pushkov’s allusion to the Pentagon-led ‘Gladio B’ operations in Central Asia and the Caucasus region is particularly interesting in light of recent reports suggesting that al-Qaeda chief Ayman al-Zawahiri, who participated in these operations,[21] is now taking a more prominent role in the Syrian conflict.

In a newly released audio message, Zawahiri urged his “mujahideen brothers in all places and of all groups” to join forces against Russia and the West.[22] According to unconfirmed reports, he has already sent senior al-Qaeda leader Saif al-Adel to Syria to mediate between Jabhat al-Nusra and ISIS.[23] Given Zawahiri’s background, it is safe to say that he is more interested in fighting Russia than the West.

As the U.S. and its allies are stepping up arms supplies to the non-existent “moderate Syrian rebels,”[24] the Russians might be wondering if there is any difference between the “Syrian Taliban” and their Afghan prototypes.

Christoph Germann- BFP Contributing Author & Analyst Christoph Germann is an independent analyst and researcher based in Germany, where he is currently studying political science. His work focuses on the New Great Game in Central Asia and the Caucasus region. You can visit his website here

[5] Sibel Edmonds, “What & When We Exposed, and the MSM- Quasi Alternative Culprits Who Fought Our Exposés,” Boiling Frogs Post, 29 August 2013: http://www.boilingfrogspost.com/2013/08/29/bfp-syria-coverage-track-record-what-when-we-exposed-and-the-msm-quasi-alternative-culprits-who-fought-our-exposes/.

[10] Theo Farrell, “Are the US-led air strikes in Syria legal – and what does it mean if they are not?,” The Telegraph, 23 September 2014: http://www.telegraph.co.uk/news/worldnews/middleeast/syria/11116792/Are-the-US-led-air-strikes-in-Syria-legal-and-what-does-it-mean-if-they-are-not.html.

[21] Nafeez Mosaddeq Ahmed, “Why was a Sunday Times report on US government ties to al-Qaeda chief spiked?,” Ceasefire Magazine, 17 May 2013: https://ceasefiremagazine.co.uk/whistleblower-al-qaeda-chief-u-s-asset/. 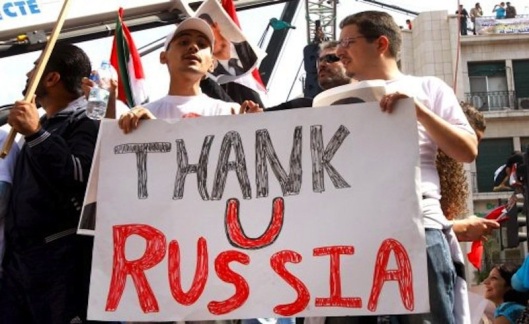