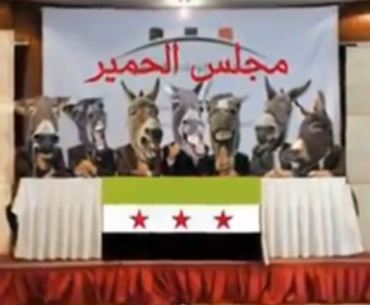 Syrian opposition coalition is living these days in a critical condition, and its leaders spend their time in search of a residence for its members, after Turkey requested the leadership of the coalition last week to search for a country of residence other than Turkey during a maximum period of one month.

The Turks are living in a state of internal conflict because of the Syrian opposition presence on their land, and this situation has accumulated to a point that the big clash in Turkey is not far away, also, the internal corruption problems, which Prime Minister Recep Tayyip Erdogan and his inner circle suffer from, as well as the existence of the “ISIL” on the Turkish borders, in addition to that, the leadership of the coalition that came out of the hands of the Muslim Brotherhood, who are loyal to Turkey to the hands of Saudi Arabia, which has tension relations with the Muslim Brotherhood and anyone who has links with them. 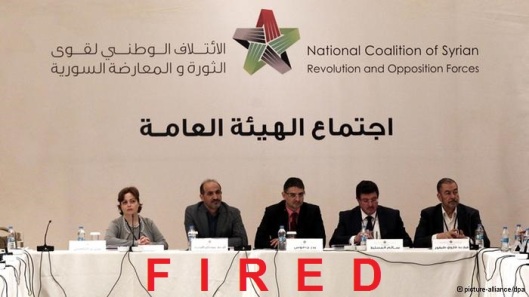 Also, media sources asserted that an agreement has been reached between Iranian President «Hassan Rohani» and «Erdogan», during the visit of Erdogan to Tehran on 01.30.2014, President Rohani put three key conditions, which Erdogan must commit to develop the relations between the two countries:

1. Expelling all the forces under the name “the Syrian Coalition”, who are residing in Turkey.

2. Preventing any demonstration against the Syrian government on the Turkish lands and arresting anyone who tries to do so, as well as the organizers.

3. Pulling the hand off the Syrian file completely and non-interference in Syrian affairs, neither closely nor afar. The sources said that Erdogan had agreed on the conditions “smiling”, and the visit passed without explanation of its results.

And in Qatar, Saudi Arabia will not accept to the coalition to return to Qatari cuddling, at the same time the Qataris would not deal with Ahmad Jarba and the Saudi group comfortably. Sources pointed out that a delegation from the coalition visited Tunisia in the recent period, and suggested the leadership of the al-Nahda Party the idea of receiving the coalition in Tunisia, and the leadership of al-Nahda Party promised examining the issue, but the interior Tunisian situation and the size of the Tunisians, who were killed in Syria exceeded the number of 2400, makes the presence of the coalition in Tunisia a ticking time bomb in the face of the al-Nahda movement, which awaits the next election to see its size in the country.

And sources say that it is not expected that the Turkish government “officially” announce its new political “turn”, in order to avoid embarrassment before the international public opinion, especially that Erdogan and since the beginning of the Syrian crisis “appointed himself” as the ” desired freedoms man”, so how will he meet with those, who surrounded him some days and “forced” to hear his screaming and crying on the “the oppressed” Syrian people as he likes naming it.