A short article from 2012 but relevant to understanding the interest of the West and their barbarian allies in the Gulf states. 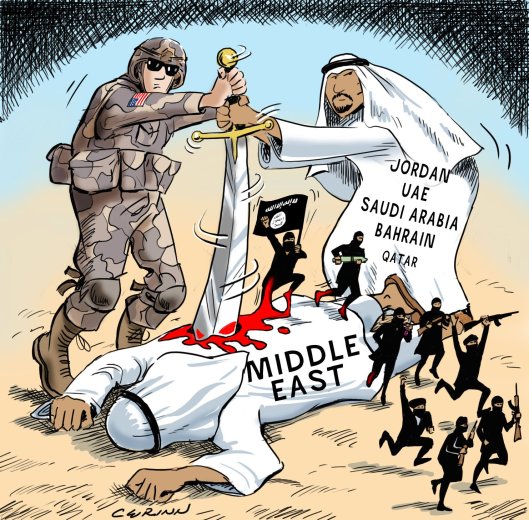 The “Friends of Syria” divvy up Syrian economy before conquest

Proving that the West’s Syrian preoccupations have nothing to do with expressed noble motives of democracy and civilian welfare, the Conference of Friends (sic) of the Syrian People is preparing (2012) a plan to pillage the economy upon occupation. In grand colonial tradition, a Working Group, co-presided by the Emirates and Germany, is studying how to share the spoils after Syria is vanquished. NATO and the GCC are “counting their chickens before they’re hatched”. 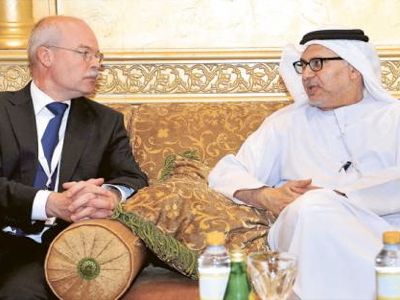 Clemens von Goetze (Director of the 3rd Department of the German Foreign Affairs Ministry) and Anwar Mohammad Gargash (Emirati Minister of Foreign Affairs), at a meeting of the working group on the carving up of the Syrian economy at Abou Dhabi.

According to German diplomat, Clemens von Goetze, who, along with a colleague from the United Arab Emirates, had co-chaired the meeting last week, the “Working Group” not only has plans for emergency aid for the immediate aftermath of the regime change, but he finds “it is a good time already to start now for a long-term perspective of the country once change comes in Syria.” [2] The Marshall Plan, implemented by the United States after World War II, to provide the material foundation for the establishment of the Western alliance, serves as a model. The “Working Group” set up several sub-committees along the lines of special issues. The member countries have officially agreed on an international division of labor, with Germany in charge of “economic policy and reform.” According to reports, the explicit goal is a “long term strategy” [3] for the transition “from a centralized economy to a market economy.” The “Working Group” will set up a secretariat, with Germany and the United Arab Emirates each providing 600,000 Euros. It will be headed by Gunnar Wälzholz, of Germany, who had been the director of the Afghanistan branch of the German Development Bank (KFW). 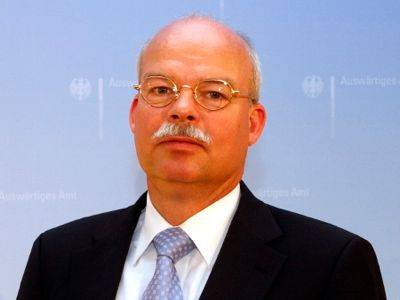 According to a participant at last week’s meeting, the measures to be taken under German management will also include short-term goals. The economic projects are aimed at “attracting the silent sectors in Syria which did not completely join or which are still hesitant in supporting the revolt.” [4] These projects are therefore a sort of counterpart to the economic sanctions, which are also aimed at inciting entrepreneurs, loyal to Damascus, to change sides – under pressure rather than through incentive. Thus, the “Working Group” has declared that the sanctions can be lifted “as soon as their objectives have been achieved” – i.e. after Assad’s overthrow, which would be facilitated if interested business circles would change sides. [5]

For years, Berlin has been promoting the privatization of the Syrian economy, now being conferred to the “Working Group” – for an extended period in close cooperation with Assad’s government. In 2006, the German development organization GTZ (today GIZ) had initiated a special program entitled “Supporting economic reform in Syria.” According to its description, “in 2000, the Syrian Government decided to switch to a social market economy,” but “the institutions involved do not have sufficient knowledge,” which is why the GTZ has to aid the government. [6] The reform’s “expected impact on income and employment will improve the lives of the Syrian population,” continues the GTZ – an prognosis that simply did not materialize. Quite to the contrary: the liberalization of the Syrian economy had “harmful effects” on the local manufacturing trade, as the International Crisis Group confirmed last year. For example in Duma, a suburb of Damascus, the residence or numerous artisans, who, facing ruin by the liberalization, renounced their loyalty to the government. [7] In fact, today Duma is considered a hotbed of protest. Last January, the insurgents briefly took complete control of the town.

Ossama al-Kadl has long been a cadre of British Gas, then international economic consultant. He specializes in the application of Sun Tsu’s laws of war to the conquest of markets. Even though he has never been politically militant and he has never opposed Baas, he was recently propelled to become a member of the Syrian National Council because of his competencies. He is tasked with elaborating a strategy for an accelerated pillaging of his native country, as soon as the Arab Syrian Republic is toppled. 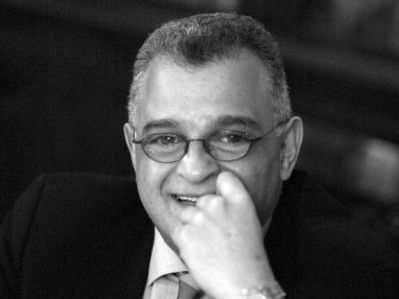 Ossama al-Kadl has long been a cadre of British Gas, then international economic consultant. He specializes in the application of Sun Tsu’s laws of war to the conquest of markets. Even though he has never been politically militant and he has never opposed Baas, he was recently propelled to become a member of the Syrian National Council because of his competencies. He is tasked with elaborating a strategy for an accelerated pillaging of his native country, as soon as the Arab Syrian Republic is toppled.

The SNC’s “National Economic Vision” was presented in Abu Dhabi to the German led “Working Group” by Osama Kadi, executive director of SNC’s Finance and Economic Affairs Bureau. This vision indicates that the liberalization would provide a higher living standard only “in the long run.” A reliable framework for foreign investments must first be established, the productivity of Syrian workers must be increased, the establishment of industries, accelerated, the bank sector, reformed and new foreign business deals, sought. The “Marshall Syrian Recovery Plan,” which should be implemented as soon as possible, could attract more direct investments from the West. The “Working Group’s” German led “secretariat” will assist in the implementation of the plan, following Assad’s overthrow and a regime change in Damascus.

The SNC, which is working in close cooperation with the West within the framework of the “Working Group” and whose staff members are willful candidates for future leadership positions, is heavily contested within the opposition. Secular oriented opponents of the regime are resolutely protesting the predominance of the Muslim Brotherhood in the SNC. Large sectors of the Syrian opposition are resenting the fact that leading SNC members are openly calling for western military intervention. For example, the National Coordination Committee (NCC), an alliance of oppositional forces inside Syria strictly opposes western military operations. The West hardly takes notice of the NCC. Radwan Ziadeh, the SNC’s “Director of Foreign Relations,” who, like SNC’s economic specialist Osama Kadi, works for the Washington based Syrian Center for Political and Strategic Studies, has repeatedly pronounced himself in favor of Kosovo-style operations. “Kosovo shows how the west can intervene in Syria,” declared Ziadeh, who had already visited Berlin’s foreign ministry in July 2011, in the Financial Times last February. [8] Soon afterwards he explained that the Free Syrian Army militia plays the same role, as the KLA had in Kosovo. [9] ‘Syrian oppositional forces’ recently visited Kosovo for instructions on KLA operations in 1999. (german-foreign-policy.com reported [10]. The “Houla massacre,” to extend the metaphor, could take on the significance of the “Racak massacre” in early 1999. [11] Soon after the “Racak massacre,” evidence was uncovered pointing toward it having been a provocation to furnish a ‘casus belli’. It has never been credibly invalidated, but this did not hamper NATO’s military intervention.