Palestinians in Syria unite to defend Yarmouk against ISIL

Palestinians living in Syria have joined other Palestinian factions in their fight against the Daesh (ISIL-ISIS Takfiri terrorists) in the Yarmouk refugee camp in southern Damascus.

(PressTV) ~ Palestinians from different refugee camps in war-torn Syria have been reporting to the offices of Palestinian factions in order to volunteer in the fight against ISIL.

Tayseer Mousa, a member of the Palestinian Fatah al-Intifada Group, said the group’s offices are packed with people volunteering to join the efforts to defend Yarmouk. He added that some have been helping in fighting while others have been building barriers.

The volunteers are fighting the ISIL terrorists, who stormed Yarmouk on 1 April 2015.

Waleed Suleiman, one of the volunteers, told Press TV, “I was returning from work to my home. I saw crowds of people gathering on the street. They told me that ISIL entered Yarmouk and they are going there to join the Palestinians defending the camp. I joined them at once. I had to defend my people at the camp”.

On April 11, the head of the United Nations Relief and Works Agency for Palestine Refugees (UNRWA), Pierre Krahenbuhl, announced that the group was heading to Syria on an “urgent mission” to discuss delivering assistance to civilians trapped in the refugee camp, after voicing concerns for some 18,000 Palestinians, including 3,500 children.

Yarmouk was once home to 160,000 Syrians and Palestinians. However, it has turned into a ghost town as a result of the violent attacks by anti-government militants over the past four years of tumult in Syria.

The camp, which is one of six Palestinian refugee camps in Syria, is of significance as it hosts the headquarters of the main Palestinian factions. 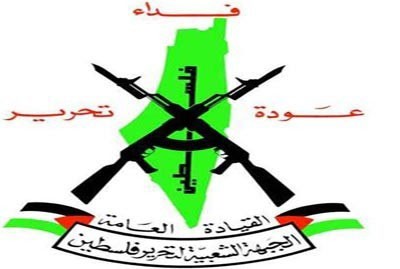 (SANA/Manar al-Frieh/Manal Ismael) ~ The Palestinian Factions’ Alliance condemned on Sunday the contradictory statements of the Palestine Liberation Organization(PLO) about the latest events in Yarmouk Camp and the alliance retracting earlier statements about its coordination with Syrian government in the fight against ISIS.

Secretary of the Palestinian Factions Alliance Khaled Abdul-Majeed said in a statement that the alliance “was surprised by the PLO statement in Ramallah announcing its rejection of being a part of any armed struggle in the camp,” considering it a “despicable retraction from what has been agreed.”

He hinted that the PLO leadership received calls from regional powers which exerted pressure on the organization to backtrack from earlier stances while Hamas movement announced itself out of any military operation that targets the Camp.

The PLO withdrawing its stance prompted the alliance factions to coordinate with the Syrian government to defend the camp with logistical support from the Syrian Arab Army which is chasing ISIS members in the areas close to the camp, he added.

Member of the Executive Committee of the Palestine Liberation Organization (PLO) Ahmad Majdalani said during a press conference held few days ago in Damascus that coordination and cooperation will continue between the Syrian and the Palestinians who will take joint decisions to recover the camp from terrorists.

Two weeks ago, terrorists from ISIS had overrun Yarmouk camp aided by “Jabhat al-Nusra” to commit more crimes against residents.

(FarsNews) ~ Palestinian forces entered Syria’s Yarmuk refugee camp which has been under attack by the Takfiri terrorists of the Islamic State of Iraq and Levant (ISIL) for the last several days.

The media center of the Popular Front for the Liberation of Palestine (PFLP) announced that a number of its forces have entered the camp and plan to retake it from the terrorists.

Other news sources also reported that hundreds of fighters of the Palestinian Fath movement residing in Lebanon have come to Syria to defend the Yarmuk camp against the ISIL.

The development came after a group of 14 Palestinian Arab factions announced in recent days that they backed a joint military operation with the Syrian government to expel the ISIL terrorists from the Yarmuk neighborhood in South of Damascus.

After a meeting of the factions in the Syrian capital, Palestine Liberation Organization (PLO) official Ahmed Majdalani said the groups supported a coordinated military effort in the camp.

The factions support “a security solution that will be carried out in partnership with the Syrian state and will have as its priority maintaining the security of citizens,” said PLO official Ahmed Majdalani.

“We agreed that there would be permanent cooperation with the Syrian leadership and the formation of a joint operations room with Syrian government forces and the Palestinian factions that have a significant presence in the camp or around it.”

Majdalani added that Palestinian Arab forces would work in an “integrated” fashion “with the Syrian state to clear the camp of terrorists.”

Also, UN Secretary-General Ban Ki-moon called for action to prevent a massacre of Palestinian refugees in Syria’s Yarmuk camp, just after all Palestinian factions agreed with the Syrian government to use military force to expel ISIL terrorists from the camp.

“What is unfolding in Yarmuk is unacceptable,” Ban told reporters at UN headquarters on Thursday. “We simply cannot stand by and watch a massacre unfold.”

The ISIL terrorists stormed the refugee camp and took over large parts of it just days ago, according to Palestinian and Syrian officials, creating what humanitarian groups have called a crisis in an already desperate situation for civilians living there.

2 thoughts on “Palestinian factions, alongside SAA and united against Daesh, entered in Yarmuk, condemned PLO climb-down on situation in Yarmouk”