The Damascus bureau chief of Iran’s English-language Press TV and Arabic-language al-Alam news channels has been transferred to the intensive care unit (ICU) in the Lebanese capital, Beirut, after being shot by terrorists in southwestern Syria.

Hossein Mortada suffered spinal and pelvis injury in an attack by foreign-backed militants in the city of Dara’a.

Mortada is now in stable condition and is due to undergo surgery on Monday, Press TV’s correspondent in Beirut said. 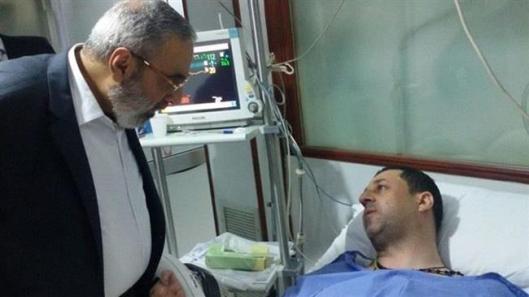 Hossein Mortada determined to return to war zone despite injury

This is the third time he’s hospitalized after being targeted by militants fighting the Syrian government. Our correspondent in Beirut, Maryam Saleh has talked to Hussein Mortada about his condition.

Back in September 2012, Mortada also sustained injuries during an attack by militants in the Syrian capital, Damascus.

He was shot in the back and wounded by sniper fire as he was covering twin blasts in Damascus and the ensuing fighting in the city. The foreign-backed insurgents also killed Press TV’s correspondent, Maya Naser, by sniper fire in Damascus.