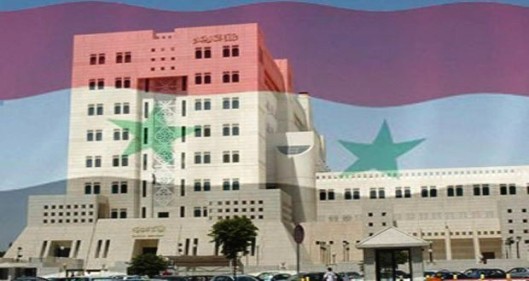 Damascus ~ Syria lashed out at French President Francois Hollande over statements he made about the current situation in Syria, strongly condemning his “gross interference” in the country’s internal affairs.

An official source at the Foreign and Expatriates Ministry referred to Hollande’s attitude which he expressed at the French Ambassadors Conference held in Paris earlier today.

This attitude, the source said, constitutes “gross interference in Syria’s internal affairs and stresses France’s continued involvement and complicity in the Syrian bloodshed.”

The source harshly criticized Hollande as the least popular French president among all his predecessors, one “that failure clings to all of his policies”.

That being the case, the source added, Hollande “should rather lecture himself and come to conclusions, perhaps he might preserve what remains of France’s reputation in the world.”

The source went on saying that the French President’s statements are the product of “a colonialist mentality that allows itself to hijack the peoples’ decision and control their choices in service of its cheap material interests and accepts to sell its position and values in the oil market.”

The French government, the source said, should know that “if it would pursue this stance, we would not accept any French role in the political solution.”

It made it clear that the Syrian people are now more committed to maintaining Syria’s sovereignty and independent national decision that any time before and will confront any attempts at interfering in their national choices.