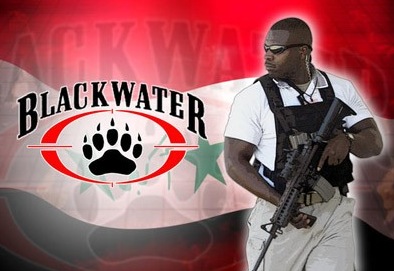 Receiving scant attention from Western mainstream media outlets except for a few notable exceptions, Americans and many alternative media outlets have remained ignorant to the fact that private mercenaries from Blackwater (aka Academi) appear to have been contracted by the GCC Gulf state feudal monarchies to assist in the military war of terror in Yemen against the Houthi rebels and the embattled Yemeni people.

Still, on December 9, a flurry of reports from media outlets such as Press TV, TeleSur TV, Al-Manar, Al –Bawaba, and Colombia Reports have revealed that around 15 Blackwater mercenaries have been killed in a fierce battles with the Houthi forces since Tuesday.

Al-Masirah, Yemen’s Arabic language website reported that the Commander-In-Chief of the firm’s operation in Yemen, a Mexican national, was killed on Wednesday in the al-Omari district of Ta’izz Province.

Press TV reports that a number of British, French, and Australian advisers and commanders as well as six Colombian soldiers were killed.

In late November of this year, it was reported that around 1,800 former Latin American soldiers who had been recruited by a program once managed Blackwater founder Erik Prince were being trained in the desert of the United Arab Emirates to be used against the Houthis at some point.

It was estimated that about 450 of the soldiers were from Colombia.

The New York Times wrote that

“The United Arab Emirates has secretly dispatched hundreds of Colombian mercenaries to Yemen to fight in that country’s raging conflict, adding a volatile new element in a complex proxy war that has drawn in the United States and Iran.”

El Tiempo placed the mercenary presence much earlier, however, suggesting that 100 Colombian soldiers had entered Yemen in October, a claim corroborated by The New York Times.

Colombia Reports stated that the mercenaries were being paid around $1,000 more per week than what they would have been paid as part of the Emirati deployment, and over triple the amount they would have made as members of the Colombian military. The contracts are allegedly for three-month-front-line service.

The Colombian troops now in Yemen, handpicked from a brigade of some 1,800 Latin American soldiers training at an Emirati military base, were woken up in the middle of the night for their deployment to Yemen last month. They were ushered out of their barracks as their bunkmates continued sleeping, and were later issued dog tags and ranks in the Emirati military. Those left behind are now being trained to use grenade launchers and armored vehicles that Emirati troops are currently using in Yemen.

Emirati officials have made a point of recruiting Colombian troops over other Latin American soldiers because they consider the Colombians more battle tested in guerrilla warfare, having spent decades battling gunmen of the Revolutionary Armed Forces of Colombia, or FARC, in the jungles of Colombia.

The exact mission of the Colombians in Yemen is unclear, and one person involved in the project said it could be weeks before they saw regular combat. They join hundreds of Sudanese soldiers whom Saudi Arabia has recruited to fight there as part of the coalition.

In addition, a recent United Nations report cited claims that some 400 Eritrean troops might be embedded with the Emirati soldiers in Yemen — something that, if true, could violate a United Nations resolution restricting Eritrean military activities.

The United States has also been participating in the Saudi-led campaign in Yemen, providing logistical support, including airborne refueling, to the nations conducting the airstrikes. The Pentagon has sent a team to Saudi Arabia to provide targeting intelligence to the coalition militaries that is regularly used for the airstrikes. 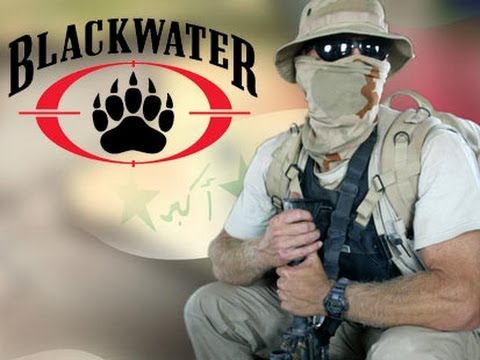 The New York Times also reports that, interestingly enough, the training program and the use of Colombian and other third world mercenaries by Gulf State countries has been taking place since as far back as 2010. The article states,

Hundreds of Colombian troops have been trained in the Emirates since the project began in 2010 — so many that the Colombian government once tried to broker an agreement with Emirati officials to stanch the flow headed to the Persian Gulf. Representatives from the two governments met, but an agreement was never signed.

Most of the recruiting of former troops in Colombia is done by Global Enterprises, a Colombian company run by a former special operations commander named Oscar Garcia Batte. Mr. Batte is also co-commander of the brigade of Colombian troops in the Emirates, and is part of the force now deployed in Yemen.

It should also be noted that Blackwater, or at least Erik Prince, was involved in setting up the program early on, although the firm currently denies ties to the program in 2015. Foreign media outlets obviously disagree on the level to which Blackwater and/or Prince’s firm are involved in the program. That the foreign fighters are mercenaries, however, is beyond doubt.

It is clear that the Saudis and the Emirates are grasping at any straws within their reach in order to shore up their faltering military campaign in Yemen and make up for the weakness of their own military forces that have repeatedly demonstrated that the GCC countries are nothing but paper tigers.

Brandon Turbeville – article archive here – is an author out of Florence, South Carolina. He has a Bachelor’s Degree from Francis Marion University and is the author of six books, Codex Alimentarius — The End of Health Freedom, 7 Real Conspiracies, Five Sense Solutions and Dispatches From a Dissident, volume 1 and volume 2, The Road to Damascus: The Anglo-American Assault on Syria, and The Difference it Makes: 36 Reasons Why Hillary Clinton Should Never Be President. Turbeville has published over 500 articles dealing on a wide variety of subjects including health, economics, government corruption, and civil liberties. Brandon Turbeville’s podcast Truth on The Tracks can be found every Monday night 9 pm EST at UCYTV. He is available for radio and TV interviews. Please contact activistpost (at) gmail.com.

ABU DHABI, United Arab Emirates — Late one night last November, a plane carrying dozens of Colombian men touched down in this glittering seaside capital. Whisked through customs by an Emirati intelligence officer, the group boarded an unmarked bus and drove roughly 20 miles to a windswept military complex in the desert sand.

The Colombians had entered the United Arab Emirates posing as construction workers. In fact, they were soldiers for a secret American-led mercenary army being built by Erik Prince, the billionaire founder of Blackwater Worldwide, with $529 million from the oil-soaked sheikdom.

The U.A.E.’s rulers, viewing their own military as inadequate, also hope that the troops could blunt the regional aggression of Iran, the country’s biggest foe, the former employees said. The training camp, located on a sprawling Emirati base called Zayed Military City, is hidden behind concrete walls laced with barbed wire. Photographs show rows of identical yellow temporary buildings, used for barracks and mess halls, and a motor pool, which houses Humvees and fuel trucks. The Colombians, along with South African and other foreign troops, are trained by retired American soldiers and veterans of the German and British special operations units and the French Foreign Legion, according to the former employees and American officials. 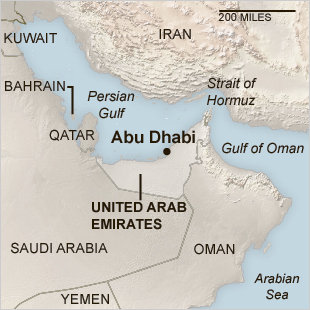