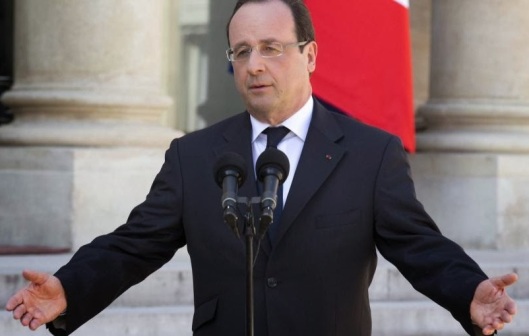 It has recently been announced that the President of France, Francois Hollande, has awarded Saudi Crown Prince Mohammed bin Nayef with the Legion d’Honneur, which has provoked public outcry not only in the French Republic alone, but far beyond its borders for a whole number of reasons.

It should be underlined that this step goes far beyond the routine use of awards as a means of developing bilateral relations which has been widely used in international politics throughout history.

Even though the French Foreign Minister Jean-Marc Ayrault has tried to label this step as a “routine diplomatic tradition“, he failed to convince anyone into believing him.

What the French minister failed to mention is that the award had been given as a sign of appreciation for the successful negotiations on the purchase of large quantities of French weapons by Saudi Arabia, negotiations that Mohammed bin Nayef was leading. The contract implies that France will ship armored vehicles, missiles, artillery, ammunition, helicopters and even warships to the KSA totaling 3 billion dollars.

It is noteworthy that the French president, who attempts to present himself as a “paragon of a democratic leader,” negotiated the purchase of French weapons by Saudi Arabia mere days after the formal appeal the European Parliament made to the EU state-members, urging them to introduce an arms embargo against Saudi Arabia to oppose the continuous genocide of the Yemeni population.

The petition to impose an embargo on arms supplies against Saudi Arabia has been signed by 750,000 European citizens in a bid to oppose the atrocities that Yemenis have recently been subjected to by Saudi Arabia and a coalition of nine other Arab countries. This so-called coalition has allegedly fighting against the Houthis since March 2015. 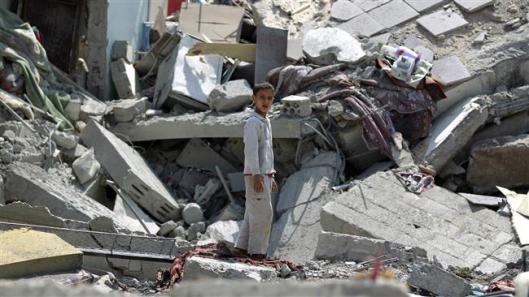 As a result of this aggression against Yemen, its population was compelled to face one of the world’s worst humanitarian crises in recent history. According to the UN, a total of 14.5 million people are starving, while clinics and hospitals trying to provide some relief are being constantly subjected to airstrikes. Almost 6,000 people have already perished and the better part of those were civilians.

Once the official announcement about the award was released to the press, in a matter of hours social networks were swarmed by the hashtag #honte (shame). The public outcry was aggravated by the fact that on the same day, media sources published reports on the number of people that were executed in Saudi Arabia.

In this year alone a total of 70 people have been subjected to brutal death in this ultra-conservative kingdom, journalists say, while on January 2 authorities executed 47 people accused of “terrorism”, including the well-known Shia cleric Sheikh Nimr al-Nimr.

However, a number of international observers have not been surprised by this outrageous step made by Francois Hollande, noting that back in September 2015 the French Minister of the Interior, Bernard Cazeneuve, stated that the President promised to award the head of the Moroccan secret services, Abdellatif Hammouchi, with Legion d’Honneur “for his achievements in the fight against terrorism,” despite the fact that a year earlier, the Paris prosecutor’s office received at least three written complaints against Abdellatif Hammouchi accusing him of numerous mass torture cases that were allegedly carried under his direct supervision. 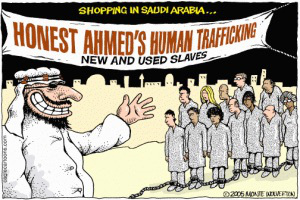 Among those filing the complaints one can find a well-known and well-respected organization that goes under the name ACAT, a union of Christians against torture. We are talking about the torture of Moroccan citizens, some of whom now reside in France who were subjected to inhuman sufferings at the hands of the Moroccan secret services in prisons in the city of Temara, that have even been mentioned in a CIA report published in May 2014.

Therefore, it is unlikely that someone would be surprised if the sitting leaders of the French Republic awarded yet another anti-democratic criminal with the highest award France has ever given to its patriots who perished in the fight for human decency.