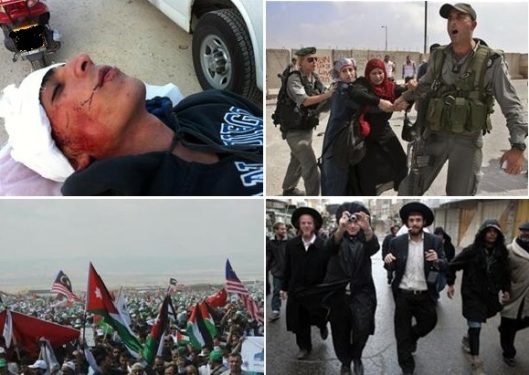 Global March to Jerusalem – Israeli forces kill one, over 300 others have been injured

One person has been killed and over 300 others have been injured in Israeli attacks on protesters marking Land Day in the West Bank and the Gaza Strip, Press TV reports.

At least one Palestinian was killed and more than two dozen others were wounded on Friday after Israeli forces opened fire on demonstrations in the northern Gaza Strip.

In the occupied West Bank, Israeli forces beat up the crowd of peaceful demonstrators in al-Quds (Jerusalem) and arrested a number of protesters.

Outbreaks of violence were also reported in the West Bank city of Qalandiya.

The Friday rallies, attended by groups of international human rights activists, are part of an international campaign called the Global March to al-Quds (Jerusalem), a peaceful international movement that also condemns the Israeli occupation of the holy city.

Meanwhile, Israel has tightened security in the border region of the Golan Heights in Syria, setting up a new fence and planting landmines near the line separating the strategic heights from the occupied West Bank. 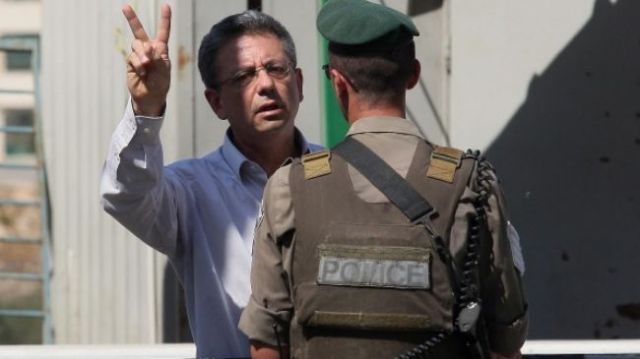 Earlier reports said at least two protesters were injured by Israeli troops and several others were arrested.

More demonstrations were planned for after the Friday Prayers across the West Bank and Gaza Strip as well as in East al-Quds (Jerusalem) despite Tel Aviv restricting access to al-Aqsa Mosque for the weekly prayers.

Pro-Palestinian rallies have been held near border areas in Lebanon and similar demonstrations are expected in Egypt, Jordan, and Syria where activists will also march towards the Palestinian borders.

The rallies, joined by international human rights activists, are part of an international campaign named Global March on al-Quds (Jerusalem), a peaceful international movement that also condemns the Israeli occupation of the holy city.

The demonstrations have prompted Tel Aviv to deploy thousands of police and armed forces across the occupied Palestinian territories and around border areas near Lebanon and Jordan.

Video by RT News and ILOVESYRIE