Used ballots, marked for the main opposition Republican Peoples’ Party (CHP) and the Nationalist Movement Party (MHP), have been found in the garbage of six schools used as polling stations in the southern province of Osmaniye. 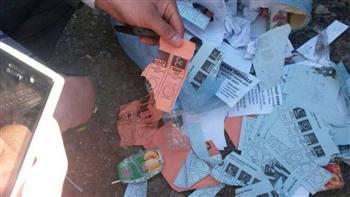 It was claimed that the ballots were planned to be burned.

Candidates from the CHP and MHP have filed an official complaint to the Public Prosecutors’ Office and have appealed to the Supreme Election Council (YSK).

The Düziçi Police Department has launched an investigation into the incident.