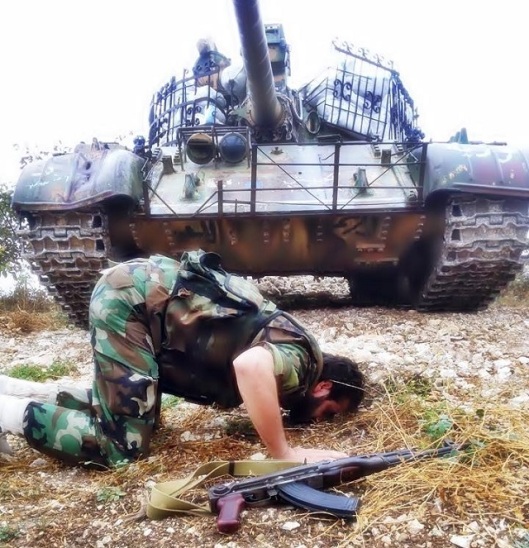 Moscow, SANA – Russian Foreign Ministry criticized the “modest” results of the anti-ISIS coalition, affirming that the Syrian government is bearing the brunt of combating terrorism that poses a threat to the Middle East region.

“Everything that is happening stresses that it’s the Syrian government which bears the brunt of the fight against terrorism that has become a menace to the entire Middle East region,” said the Ministry’s spokesman Alexander Lukashevich, addressing a press conference in Moscow on Thursday. 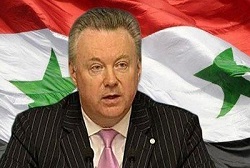 Eighty days after the first airstrikes were launched by the US-led coalition against the Islamic State of Iraq and Syria (ISIS) that were carried out without a Security Council mandate or the Syrian government’s consent, the results are “modest”, Lukashevich said.

He clarified that ISIS has enforced its rules in the areas under its control, including the amendments it has imposed to the education system in Syria by eliminating physics and chemistry.

Lukashevich cited the disrespect for the sovereignty of states, including Syria, as one of the negative effects of the anti-ISIS coalition’s illegal acts, referring to having Israeli warplanes raiding sites near Damascus, in a recent aggression that took place few days ago.

Gatilov: success in the battle against ISIS possible through unifying and coordinating efforts 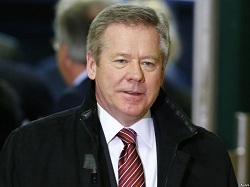 Russia’s Deputy Foreign Minister Gennady Gatilov on Thursday stressed that the success in the battle against Daesh (the Islamic State in Iraq and Syria-ISIS) terrorist organization in Syria and Iraq could be possible only through unifying efforts and coordination with the governments in both countries.

During a meeting with the Swedish Ambassador in Moscow Veronika Bard Bringéus, the two sides discussed means of settling disputes in the Middle East and North Africa.

They expressed concern over the current situation in Syria and the Palestinian-Israeli conflict, stressing the need for launching negotiations and finding common ground among all participants in peace process.

In an interview with Russian journalists in Beirut Thursday, Bogdanov said that Moscow’s efforts aim at creating the appropriate atmosphere to resume serious political and diplomatic work in line with Geneva Communiqué as issued on 30 June 2012.

He noted that Moscow suggests hosting preliminary and consultative talks among the Syrians as the parties will not present any preconditions and there will not be pre-agreed issues enlisted on the agenda.
“If the Syrians expressed willingness to do so, we hope to arrange these meetings as soon as possible,” said Bogdanov, expecting that it could be fulfilled by the end of next January.

On Wednesday, President Bashar al-Assad received Bogdanov. Bogdanov briefed President al-Assad on the outcomes of the meetings he held within the framework of Russia’s effort to create the appropriate conditions to end terrorism in Syria and hold a comprehensive Syrian-Syrian dialogue away from any foreign interference.