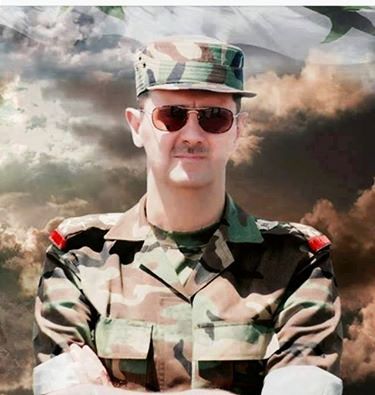 Commander-in-Chief of the Army and the Armed Forces, President Bashar al-Assad stressed that Syria is facing a Takfiri terrorist enemy the likes of which have never been seen throughout history in terms of treachery, malevolence, and hatred, an enemy which is backed by several regional and international parties that have been seeking for years to impose their dominance on the whole region.

In a speech on the 72nd anniversary of the foundation of the Syrian Arab Army delivered through “Jaish al-Sha’ab” (People’s Army) magazine, President al-Assad said that Syria has been able to remain steadfast and made many successive achievements thanks to the heroic actions of the army, the unity of our dignified people, and the sacrifices of the martyrs. 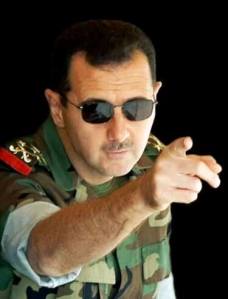 Following is the full speech of President al-Assad:

“You men of honor and heroism, I salute you with pride and appreciation on the 72nd anniversary of the foundation of the Syrian Arab Army, the school of dignity and heroism and of blessed men. I encourage you to continue along the path followed by the courageous men of this distinguished army who, for many long years, have set an example to follow in making sacrifices to preserve the dignity, freedom, and independence of the homeland.

Personnel of our bravery army, we are still facing a Takfiri terrorist enemy the likes of which have never been seen throughout history in terms of treachery, malevolence, and hatred, an enemy backed by several regional and international parties which have been seeking for years to impose their dominance over the whole area through the gate of Syria which is the heart of the area and its main axis.

However, we have been able to remain steadfast and we have made a lot of the successive achievements thanks to your heroic actions and sacrifices, to the solidarity of our dignified people who stand side by side with their courageous army in the same trench of defending the homeland, and to the martyrs who purified with their blood the Syrian lands from abomination of the aggressors.

Defenders of the homeland and makers of victory makers, today you are writing an epic of glory and you are drawing with your steadfastness and determination the features of the near victory. You are consolidating security and stability across our beloved homeland, so that it may return as we have always known it; safe and sound.

So, always maintain your oath, you protectors of the land and its honor. Be the guardians of the sun which will never set on the homeland of civilization and alphabet. Be confident that you will be victorious, because you are the sons of this generous land which is accustomed to giving birth to honorable men like you.

A salute to you honorable men on your day, and a salute to your gracious families which have been as patient as you have been, and they have been a role model in nationalism and patriotism.

A salute to the valiant wounded personnel who have taught the world how to give for the sake of the homeland, may the souls of our martyrs be at peace, and may their memories live on forever.

Commander-in-Chief of the Army and the Armed Forces”

President al-Assad: “Arab peoples have advanced level of awareness about what is happening in region”

President al-Assad stressed that this delegation’s visit, just like the visits of all other popular delegations to Syria, is important because it carries many messages to the Syrian people and to the world as it “reflects the pulse of the Arab public opinion and its orientations.”

“One of the most important reasons for what our Arab countries are facing is that we are suffering a conflict of identity and belonging. Regardless of this, the Arab peoples have shown that they have an advanced level of awareness about what is happening in the region, and this should be an additional motive for the unions and popular organizations for further cooperation and action to push the Arab situation forward to the best interest of these peoples as well for dialogue with the popular bases on various issues with the aim of reaching a collective state of unity of concepts.”

On the war in Syria, President al-Assad asserted that the will of the Syrian people and the determination of all their components to continue their daily activities despite the crimes of the terrorist organizations and their supporters, as well as the heroism of the Syrian Arab Army, are the most important reasons that have helped in overcoming the difficult stage of this war.

“Heroism in Syria is no longer an individual case, but it has become a general status,” he said.

In turn, members of the delegation confirmed that they came to Damascus in implementation of the decision taken by the UGTT to convey a message of support to the Syrian people, who have showed matchless resilience and supported their leadership and army that is defending the dignity of the Arab nation.

They considered that the West does not want Syria to play any role except according to their dictates, and “this is what Syria has not accepted,” adding that the West targeted Syria because of its stance towards the fair issues in the region.

They stressed that “if what is planned against Syria succeeded, the chaos would have prevailed throughout the Arab region. Therefore, defending it is defending all the Arabs.”

The meeting was attended by the Chairman of the General Federation of Trade Unions (GFTU) Jamal al-Qadiri and his deputy.

The Lion in the Eastern Ghouta

We are proud of our President Bashar Hafez al-Assad
[PANORAMA]

Seventy years after the departure of the last French soldier from Syrian territory: Eid al-Galaa, day of pride and dignity