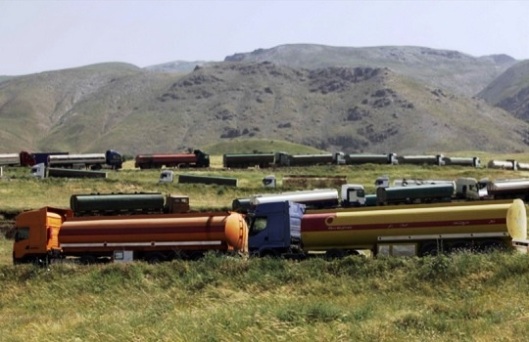 General Command of the Army and Armed Forces stressed that the Turkish regime is providing terrorists with arms and ammunition in exchange for oil and artifacts robbed from Syria and Iraq at low prices.

The General Command said in statement: “We have certain information that the Turkish government recently increased support for terrorists and the level of supplying them with arms, ammunition and munitions to continue their criminal acts in exchange for oil and antiquities stolen from Syria and Iraq at low prices, taking advantage of the presence of terrorists whom it enabled to control border areas”.

The General Command of the Army pointed out that information shows that transportation move among areas controlled by terrorists unhindered and pass through border crossings without being subjected to any inspection at all.

The General Command added that what the Turkish government claims about convoys of humanitarian aid is nothing but a myth since these convoys are loads of arms and ammunition for terrorists and they are also used to evacuate the injured terrorists to the Turkish health centers.

The Turkish authorities deliberately fomented a state of chaos on the Syrian-Turkish border which facilitated the movements of terrorists from Syria to Europe to carry out terrorist acts, the statement said.

“The Turkish side went too far in the aggression last night when they fired several mortar shells from al-Aqra’a Mountain towards our positions,” the statement added.

The General Command warned of the threats posed by such actions, calling on the international community to press the Turkish government to force it to stop its overt or covert support for global terrorism.

A still image grabbed from a video published on the website of the Turkish Cumhuriyet daily on May 29, 2015 shows mortar shells in boxes intercepted on a truck destined for Syria.

2 thoughts on “Syrian Intelligence: Turkish regime is providing mercenary gangs with money and weaponry in exchange for oil and antiquities, robbed from Syria and Iraq…for its Western customers…”