Russia says it’s setting up humanitarian corridors in the Syrian enclave of Eastern Ghouta to allow civilians to leave the war-ravaged district.

Moscow says it will launch daily five-hour pauses, to provide aid to people in territories occupied by militants.

[Excerpts from South Front, 26 February 2018] ~ On February 25, the Syrian Arab Army (SAA) and its allies started a ground phase of their operation against mercenary-terrorists in the Eastern Ghouta region, near Damascus. Since the start of the operation, government forces had liberated the locations of Nashabiyah, Hazrama, Tal Farzat and Salehiya and repelled an attack by Jabhat al-Nusra (Al-Qaeda in Syria, also known as Hayat Tahrir al-Sham) in the northern part of the pocket.

On February 24, the UN Security Council passed a resolution seeking to establish a comprehensive ceasefire throughout Syria. However, the ceasefire excludes Daesh (ISIS, ISIL, IS), Jabhat al-Nusra and other terrorist gangs. Despite this, the mainstream media has already started pushing an idea that the SAA’s operations against Jabhat al-Nusra in Eastern Ghouta violate the resolution.

Daesh attacked positions of Jabhat al-Nusra in the western part of the Yarmouk refugee camp in southern Damascus. The terrorist group will likely make an attempt to use the violence in the Damascus countryside to expand own influence in the area.

(click on map to enlarge) ~ The Syrian Arab Army and the National Defense Forces (NDF) have liberated the village of Mid’ani in the Eastern Ghouta region of Rif Damascus province. Syrian government forces continued advance in the direction of Hawsh Shalaq and now are engaging Jaish al-Islam militants in its outskirts. The liberation of the village came amid reports that the Syrian military has been preparing a major military operation to restore contol over the region and has already deployed reinforcements for this. (By SouthFront) ~ (support SouthFront)

President Bashar al-Assad on Sunday visited the heroes of the Syrian Arab Army on the front lines of Eastern Ghouta in Damascus countryside.

President al-Assad visited advanced points in the first array at al-Aghawani farms in Marj al-Sultan town in Kharabou area and reassured the conditions of the forces serving there, who achieved a number of heroic achievements in facing terrorist organizations that attacked the locals of that area, damaged their properties and completely destroyed the infrastructure.

President al-Assad affirmed that the battles of our brave army in facing terrorist groups make history and the great heroism of our soldiers preserved Syria in the face of the fierce war to which it is exposed, pointing out that all the Syrians draw their strength and optimism from that heroism.

At the end of the visit, president al-Assad partook in the Iftar meal of Ramadan along with a number of heroes of the Syrian Arab Army in Marj al-Sultan Airport.

President al-Assad said while having the Iftar “To me, this meal is the most delicious meal in my life”.

27/1/2015 ~ Units of the armed forces carried out operations against dens and gatherings of terrorists in several areas, inflicting heavy losses upon them in person and equipment.

26/1/2015 ~ The army continued stepped-up operations against positions of terrorist organizations all across the countries, inflicting severe losses upon their ranks in personnel, while many of the targeted terrorists’ vehicles and weaponry are destroyed.

The army also established full control on al-Mre’yeh region in Deir Ezzor, killing scores of ISIS terrorists and confiscates their weapons and munitions.

In Harasta’s northern farms of Damascus countryside an army unit clashed with a terrorist group and killed most of its members, while another unit pursued terrorists in al-Bahariya farms in al-Nashabiye area, killing a number of them including Nasser Abdullah al-Khalaf from Jordan, Farouq al-Tawil, Hazem al-Khanshour, and Bilal Adam.

The Syrian Air Forces staged a massive targeted attack on a joint meeting of two major terrorist groups in Damascus countryside early on Sunday, killing and injuring a large number of the terrorist leaders.

The army airstrike targeted a gathering of Al-Nusra Front and Ahrar Al-Sham commanders in Mazaya district in the town of Zabadani in Damascus countryside.

A sum of 27 commanders of the Al-Nusra Front and Ahrar al-Sham were killed in the air raid.

The leader of the Al-Nusra Front, Abdulrahman Nassif, was also wounded during the airstrike.

Terrorist organizations in Jobar neighborhood on the outskirts of Damascus have suffered yet another humiliating defeat, as the army continues …

The army continued its operations against armed terrorist groups in several areas across Syria, inflicting heavy losses upon them and …

~ Mass Grave of  non-Syrian Mercenaries Uncovered in eastern Ghouta of Damascus countryside In the town of Jdaidet al-Fadl, the …

WHY THE GOVERNMENT AND THE SYRIAN ARMY SHOULD HAVE COMMITTED AN ATTACK WITH CHEMICAL WEAPONS AGAINST THE PEOPLE, WHILE UNITED NATION … 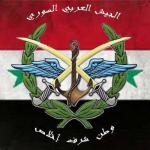