Turkish ‘democracy’ which is similar to Britain, sees all ‘politicians’ and ‘news’ media first and foremost salute the Genocidal corporate NATO State.

While the AKP’s Erdogan & the MHP are obviously NATO tools as indeed is the main ‘Opposition’ leader from the CHP, all the Kurdish ‘political’ leaders are also lining up to try and help NATO carve up Syria and Iraq, with reckless disregard for Syrian civilians lives.

Hezbollah denounced as biased a UN Human Rights Council on Syria in which it claims the Syrian government has committed alleged crimes against civilians.

In a statement released by Hezbollah’s Media Relations on Monday, the party said that the report is a clear indication that the international organizations are controlled by the US and the Zionist entity, “something which makes this report just like other oppressive and biased reports.”

Friday’s report was adopted by six votes against and 29 votes in favor, after it was presented by the UK and sponsored by France, Germany, Italy, Jordan, Kuwait, Morocco, Qatar, Saudi Arabia, Turkey, UK and US.

President al-Assad on US Secretary of State John Kerry’s call for dialogue: “We should wait for actions and decide accordingly … we do not have any choice but to defend our homeland”.

President al-Assad: “International changes should start firstly with halting political support to terrorists, stopping their funding and arming, pressuring the European states and the counties affiliated to them in the region which provide logistic, financial, and military support to the terrorists: only then we can say that this change has become real”. 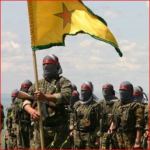 By Mahdi Darius Nazemroaya (strategic-culture.org – globalresearch.ca) ~ A war is being fought for control over Western Kurdistan and the northern areas of Syria, including three de facto Kurdish enclaves there.

The fighting in Western Kurdistan is a means to an end and not a goal in itself.

The Syrian government rejected the suggestions coming from Ankara and Washington for foreign ground troops on its territory and for the establishment of a northern buffer zone. Damascus said these were intentions for blatant aggression against Syria. It released a statement on October 15 saying that it would consult its «friends».

In context of the US-Turkish invasion plans, the Turkish government was monitoring the reactions and attitudes of Russia, Iran, China, and the independent segments of the international community not beholden to Washington’s foreign policy objective. Both the Kremlin and Tehran reacted by warning the Turkish government to forget any thoughts about sending ground troops into Syrian Kurdistan and on Syrian soil.

The Syrian government knows that Washington’s anti-ISIL coalition is a façade and that the masquerade could end with a US-led offensive against Damascus if the US government and Pentagon believe that the conditions are right.

On November 6, Syrian Foreign Minister Walid Al-Muallem told the Lebanese newspaper Al-Akhbar that Syria had asked the Russian Federation to accelerate the delivery of the S-300 anti-aircraft surface-to-air missile system to prepare for a possible Pentagon offensive… … …

All the US & EU war propaganda is written in the language of the white supremacist racist European colonialist who in one way or another is making what is the untenable claim that the Genocidal US & EU governments war on Syria is to ‘save’ Syrian civilians.

In fact there are no -legal grounds- to use force to overthrow the Syrian government.

In legal terms the US & EU ‘governments’ therefore have no -legal grounds- to provide weapons and other support that a reasonable person knows has created the phoney Syrian ‘Opposition’ who fly under numerous banners, whose only purpose is to illegally overthrow the Syrian government.

It is very simple and straightforward that you are either for or against the criminality of the legal nihilism of what are Genocidal US & EU ‘governments’ or you are not.

(Brian Haw.TV) ~ The Genocidal British government need a ‘professional’…‘Terror’ Tsar to try to conceal their own long continuing Genocide in the Middle East, which really does brutally slaughter millions of innocent civilians.

George Soros recruited a ‘journalist’ to play ‘Professor’ to try to keep propping up the terror propaganda by peddling some very dangerous lies, through universities and ‘news’ media that essentially amount to a quite criminal ‘social experiment’.

(Brian Haw .TV) ~ The British government albeit illegally rely on continuing UN ‘resolutions’ on Iraq to illegally be in Iraq, (which we already have groundbreaking High Court legal proceedings against the British government in the UK over) while there are no legal grounds etc for their latest proposed military mission in Syria.

The fact there may be British hostages in Syria does not, as one ‘news’ source claims provide the necessary legal grounds, for the claim there ‘will be authorization’ (which is not in any event the same as fully disclosing an actual written authorization’ for) British military to enter Syria.

It is clear that ‘hostages’ voluntarily chose to enter what they knew was a war zone in Syria, that they knew the British government and military did not have any legal authority to act in.

BARZANISTAN: CIA RUN MAJOR OIL-FIELDS WITH PIPELINE THROUGH SYRIA TO ISRAEL…
(BrianHaw.TV) – There is nothing polite most people anywhere have ever found to say about the CIA run Barzani death squads who only mention the word Kurd to try to disguise their only real interest has always been murdering anyone who might stand in the way of their making lots of money out of oil.

There are two very good articles (below) by Gilles Munier explaining the long treacherous Barzani and Co, which go a long way to explaining what the US led coalition are currently up to now, when they mention the word Kurd, when they really mean their ever faithful henchman Barzani.

ANYONE THINKING THAT THE AMERICAN BOMBING AGAINST ISIS IN SYRIA IS GOOD, CAREFULLY WATCH THIS VIDEOS AND READ WITH ATTENTION …

by Stephen Lendman For the third time since January 1991, America is at war with Iraq. It’s ongoing lawlessly. No …

CRIMES OF HORRIFIC CRUELTY ARE MAKING THE HUMANITY TO GO BACK  TO THE PREHISTORICAL BARBARISM: ARE WE AT THE END …

Press Reports of the Major Events in Syria and the World, in English and French, Including the Most Important Military Operations …

~ The Syrian army has the ability to fend off waves of Tomahawks launched by the U.S.. Part 1 The …

Turkey, Saudi, NATO and Obama’s Cannibal  PLot Against Syria Syria calls on the United Nations to investigate a leaked audio …

Large-scale military operations were carried out Wednesday against terrorists’ gatherings and dens, where dozens of terrorists were killed in several …

TERRORIST ATTACKS AGAINST POPULATION, THIS IS THE ONLY THING THAT THE OBAMA’S COWARDS CANNIBALS ARE ABLE TO DO THEIR DAYS …

The Americans are playing a deadly and cynical game at the Geneva II conference on Syria, sabotaging the talks in …

It is difficult to call this week’s gathering in Montreux, Switzerland, a “peace conference” on Syria, since the U.S. and …

~ ‘Those who want Assad out, isolate Iran from talks’ – Lavrov ~ The UN Secretary General’s decision to revoke …

Syrian Arab Army kills terrorists, destroys their hideouts A military source on Thursday told SANA that scores of terrorists were … 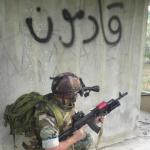 Syrian Army units on Sunday crushed many of terrorist groups’ gatherings and dens in several special operations, leaving scores of …